Partially inspired by Paul Bowles’ story “A Distant Episode,” the latest feature by British filmmaker Ben Rivers (Two Years at Sea, A Spell to Ward Off the Darkness) charts a mysterious transformation from observational making-of to inventive adaptation shot against a staggering Moroccan landscape. 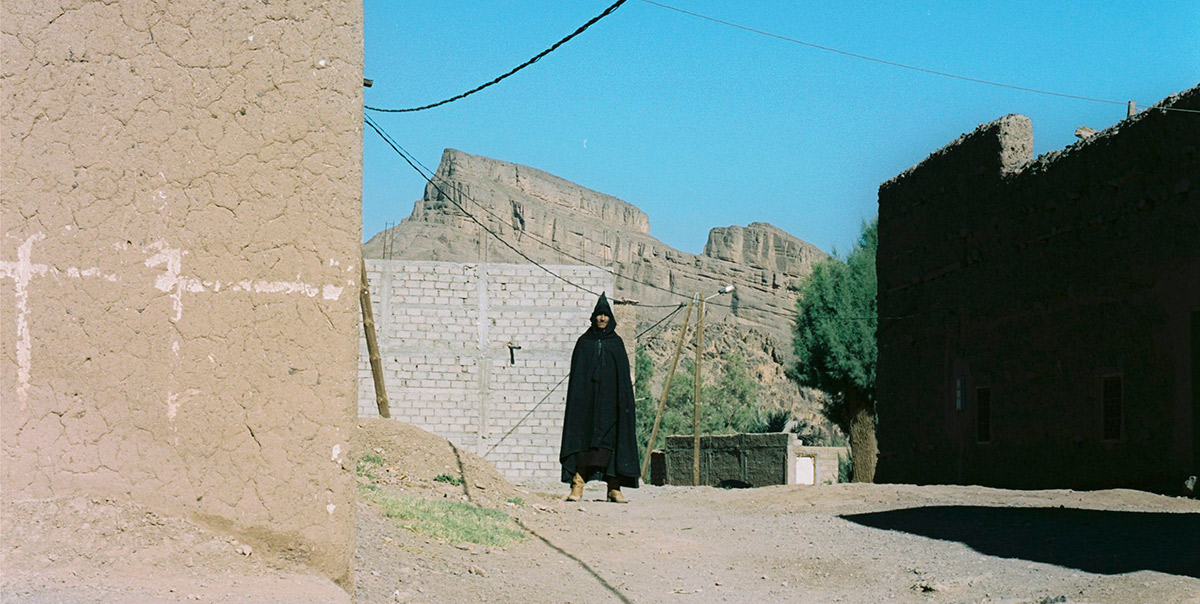 Sublime and surreal in equal measure, the latest feature by British filmmaker Ben Rivers (Two Years at Sea) charts a mysterious transformation from observational making-of to inventive adaptation. The Sky Trembles... begins with dramatic views of the Atlas Mountains in Morocco, where a filmmaker (Spanish director Oliver Laxe) is in the midst of a complex shoot with caravans and horses. Rivers surveys the scene with his 16mm Bolex, capturing the sensual sfumato effects of the sun and the pastel glow of the landscape. As Rivers observes the director at work and the film crew in contemplative repose, clearly bored by the frustrating fits and starts of shooting, a portrait of a mythic landscape emerges, with the spectacle of long-abandoned film sets serving as a reminder of the region's long history as a site of international film production.

As traces of artifice begin to meld with and co-exist alongside the real, The Sky Trembles... veers into hallucinatory misadventure. Inspired by Paul Bowles' story "A Distant Episode" (which is also the title of Rivers' new short film, screening in Wavelengths 2) and elements drawn from the life and stories of Moroccan writer and artist Mohammed Mrabet, the film's second half follows Laxe's director as he abandons his set and is then brutalized and forced into captivity as the "King of Cans" — a shift that cleverly refracts the deceptive documentary mode of the first half and converts the film into an ingenious meditation on the illusion of cinema itself.

Reminiscent of the radical, oneiric films Philippe Garrel made during the underground Zanzibar movement of the late sixties, The Sky Trembles... marks a notable departure for Rivers. Though recalling his previous work in its breathtaking 16mm cinematography and study of a lone, wandering man in a far-flung locale, it is rawer, more disquieting, more capacious, and verges on the psychedelic.