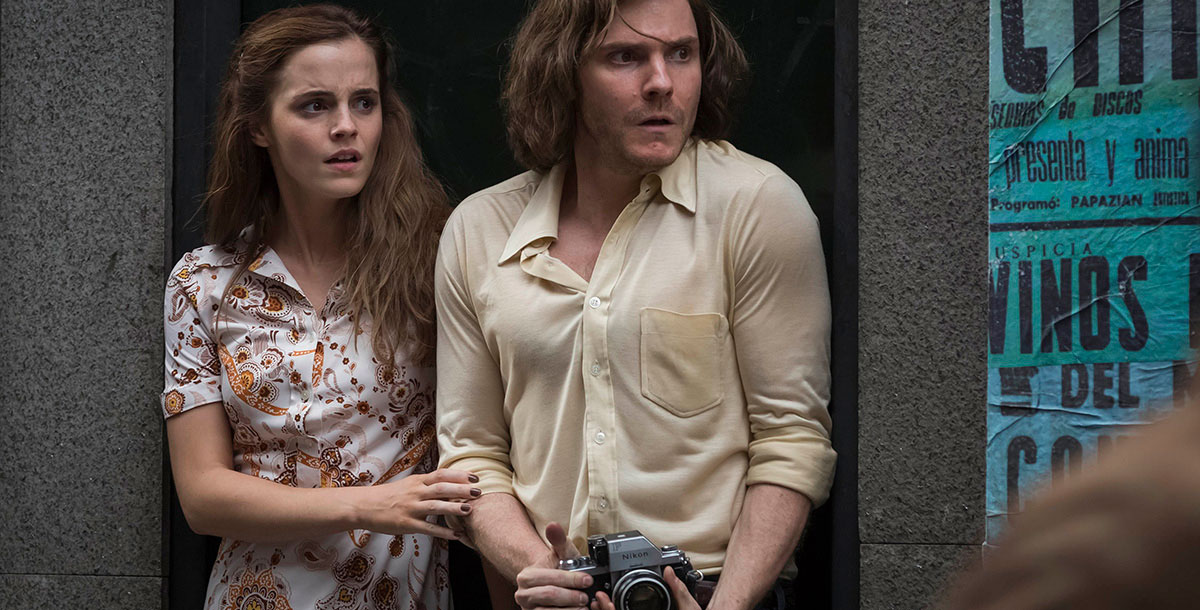 A chilling historical thriller, Colonia stars Emma Watson and Daniel Brühl as lovers caught in the crossfire of a murderous military coup — and eventually interned in a dangerous cult's compound from which there seems to be no escape.

Chile, 1973. Lufthansa flight attendant Lena (Watson) is in Santiago to visit her boyfriend, Daniel (Brühl), a talented graphic artist creating images in support of embattled President Salvador Allende. When Allende is violently ousted, General Augusto Pinochet's forces begin rounding up dissidents. Daniel is taken to the remote stronghold of Colonia Dignidad ("Dignity Colony"), home to a secret agricultural commune and crypto-fascist sect led by sinister minister Paul Schäfer (Michael Nyqvist). Daniel is interrogated and tortured, but feigns severe mental deterioration to stay alive. Valiant and wily, Lena travels to Colonia and offers herself up to Schäfer as a follower. She is determined to find and free Daniel — but first she must ensure that she herself can survive Schäfer's crushingly oppressive, viciously misogynistic practices.

A blood-curdling unease pervades Colonia, and we are unable to tear ourselves away. Vividly realized and briskly paced by director Florian Gallenberger (City of War: The Story of John Rabe), the film shifts seamlessly from love story to political drama to something akin to a horror movie, with Watson anchoring every sequence with her dynamic yet completely relatable central performance.

Based on real people, places, and events, and shot through with brilliantly crafted storytelling, Colonia is an unforgettable tale of love and captivity set during one of the Cold War's darkest chapters.