From the makers of the horror anthology V/H/S, these five interlocking tales of terror follow the fates of a group of weary travellers who confront their worst nightmares — and darkest secrets — over one long night on a desolate stretch of desert highway. 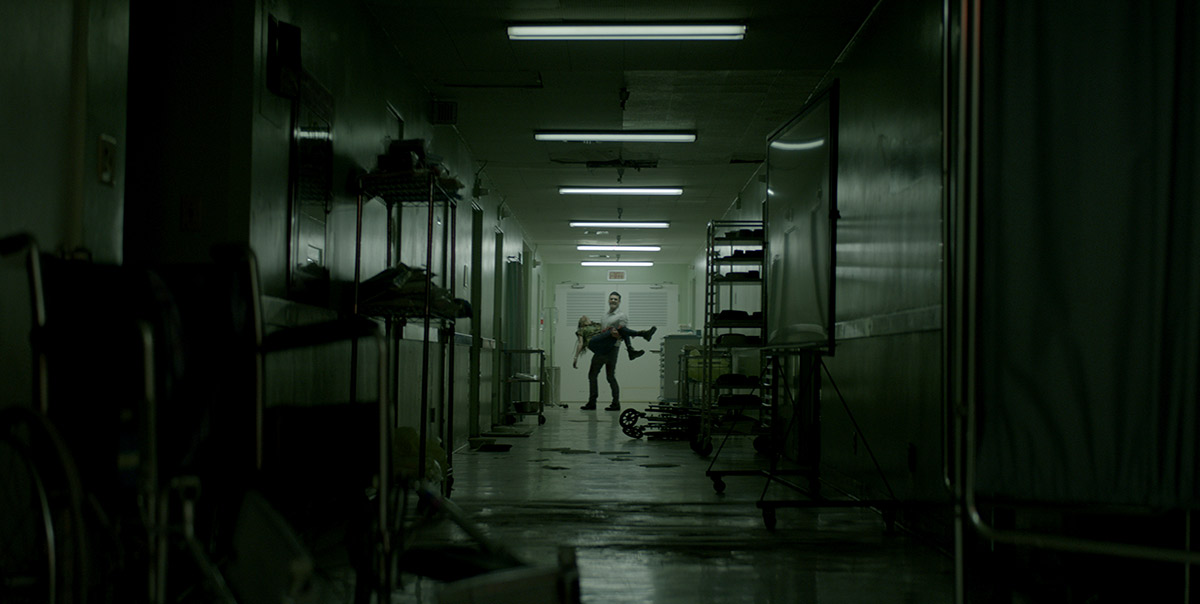 Weary travellers confront their worst nightmares — and darkest secrets — over one long night on a desolate stretch of desert highway in this spooky anthology that merges five tales of death and mayhem on the open road.

Mitch and Jack are on the run from their past when they turn up, blood-splattered, at a lonely roadside diner; an all-girl rock group called Siren must rely on the kindness of strangers when their tour van breaks down at the side of the road; a harried business-man is desperate for help from an unusual 911 operator in the aftermath of a car accident; a frantic gunman busts into a bar demanding to know the whereabouts of a girl in a photograph; all hell breaks loose when masked men interrupt a family vacation.

Southbound was produced by anthology veteran Roxanne Benjamin (V/H/S, V/H/S/ 2), who also makes her own assured directorial debut here alongside directors Patrick Horvath (The Pact 2) and V/H/S collaborators Radio Silence and David Bruckner. Although filmmakers tend to work separately on most anthology films, Benjamin's team of directors worked together to form a larger story, and even pitched in on the production of each others' segments.

These interlocking tales of terror and remorse are rooted firmly in the logic of Twilight Zone and EC Comics morality plays, each one winding seamlessly into the next. The result is original, cohesive, and consistently fun — a Möbius strip of ghoulish frights on an endless road.