The new film from Mainland master Jia Zhang-ke (A Touch of Sin) jumps from the recent past to the speculative near-future as it examines how China's economic boom has affected the bonds of family, tradition, and love. 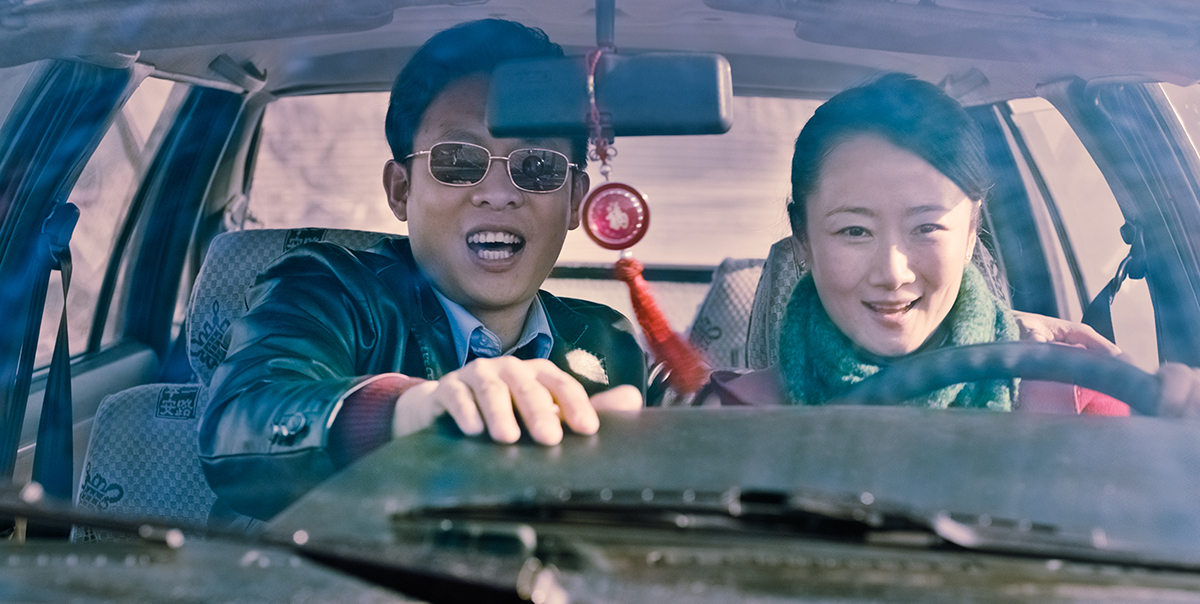 Mainland master Jia Zhang-ke scales new heights with Mountains May Depart. At once an intimate drama and a decades-spanning epic that leaps from the recent past to the present to the speculative near-future, Jia's new film is an intensely moving study of how China's economic boom — and the culture of materialism it has spawned — has affected the bonds of family, tradition, and love.

Mountains May Depart opens in 1999 to the strains of the Pet Shop Boys' "Go West," a song whose promise of blue skies captures the dreams of affluence that seized so many Chinese youth at the turn of the century. And it's to the West that small-town dance instructor Shen Tao (played by Jia's muse Zhao Tao) looks when she spurns the shy, introverted labourer Liangzi (Liang Jindong) to marry the slick entrepreneur Zhang (Zhang Yi). The couple soon welcomes a son, whom Zhang names Dollar — though if he could have seen only a few years into the future, he would surely have christened him Renminbi. The chasm between the family's origins and their new life of Western-style wealth grows ever wider as the film leaps ahead to 2014 and finally to 2025, when Dollar is living in Australia and struggling to relearn the mother tongue he has forgotten with the help of an attractive, older college professor (played by the great Sylvia Chang, also at the Festival in Johnnie To's Office and with her own film Murmur of the Hearts), who embodies the culture, life, and love he has never truly known.

Shooting each of the film's three time periods in a different aspect ratio — with the square Academy frame gradually expanding to widescreen — Jia creates a prescient chronicle of his country's path to the future. Lyrical, moving, and dazzlingly ambitious, Mountains May Depart is one of the year's most important films.