A young boy in modern-day Tokyo stumbles into an alternate dimension and becomes the apprentice to a bearlike warrior, in this stunning animated fantasy from writer-director Mamoru Hosoda. 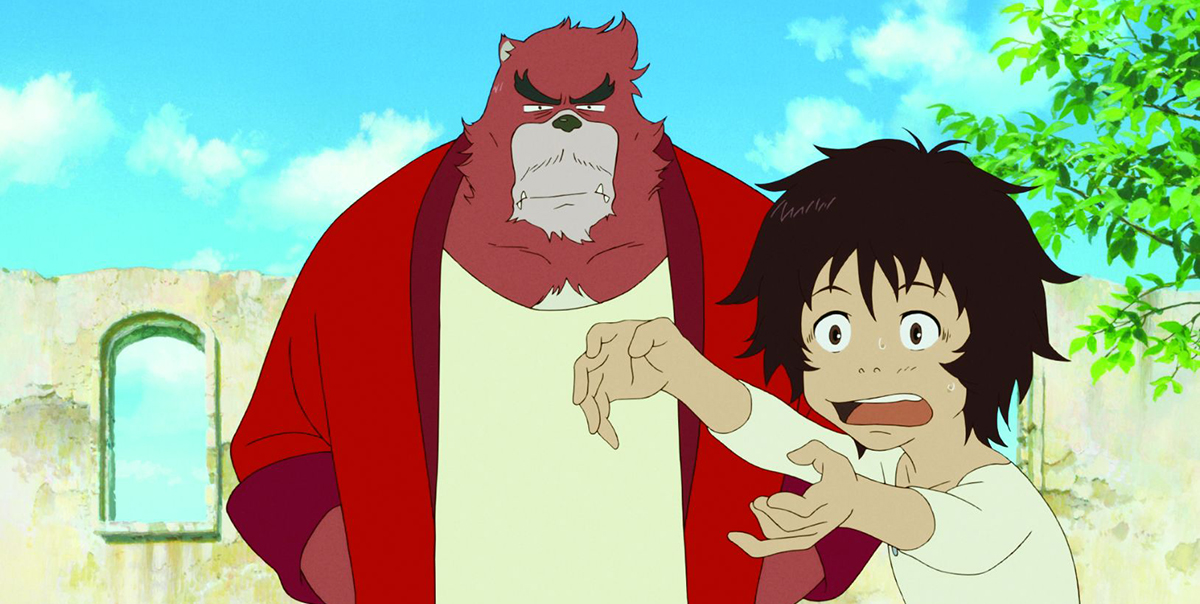 The Boy and the Beast

On the run and hiding from his extended family and the police after the death of his mother, lonely nine-year-old Kyuta heads down a corridor between two buildings in Tokyo's Shibuya district. There he stumbles upon the alternate dimension of Jutenkai, a world inhabited by beasts, and where humans are not welcome.

The lord of the beasts in Jutenkai is set to choose his successor, but the candidates couldn't be more different: Iozen, brave and honourable, is seen as the likely choice, while Kumatetsu, a bearlike warrior, is perceived as an abrasive loner. When Kumatetsu is instructed to take on an apprentice, his advisors suggest Kyuta, new to Jutenkai, as an ideal candidate. Seeing Kumatetsu beaten in battle makes Kyuta sympathetic and he agrees to stay. Their relationship, though complicated, grows stronger every day as they train, with each alternating between the role of teacher and student.

Years pass. At age seventeen, Kyuta returns to the human dimension and meets Kaede, a smart young girl who offers to teach him to read. But being back among humans prompts Kyuta to seek out his father, which leaves him questioning which world he truly belongs in. Torn by his commitment to Kumatetsu, and with a battle approaching, he returns to Jutenkai unprepared for what will happen next. As the worlds of humans and beasts collide, it is clear that life for both will never be the same.

Stunningly animated and brimming with sensational martial arts and sword-fighting scenes, writer-director Mamoru Hosoda's newest fantasy takes us on a memorable and life-affirming journey, in which the tender and funny moments remind us about the importance of family, loyalty, love, and sacrifice.

This film is recommended for ages 11 and up.