Winner of the Un Certain Regard prize at this year's Cannes festival, Grímur Hákonarson’s stunningly shot drama focuses on two Icelandic sheep farmers whose decades-long feud comes to a head when disaster strikes their flocks. 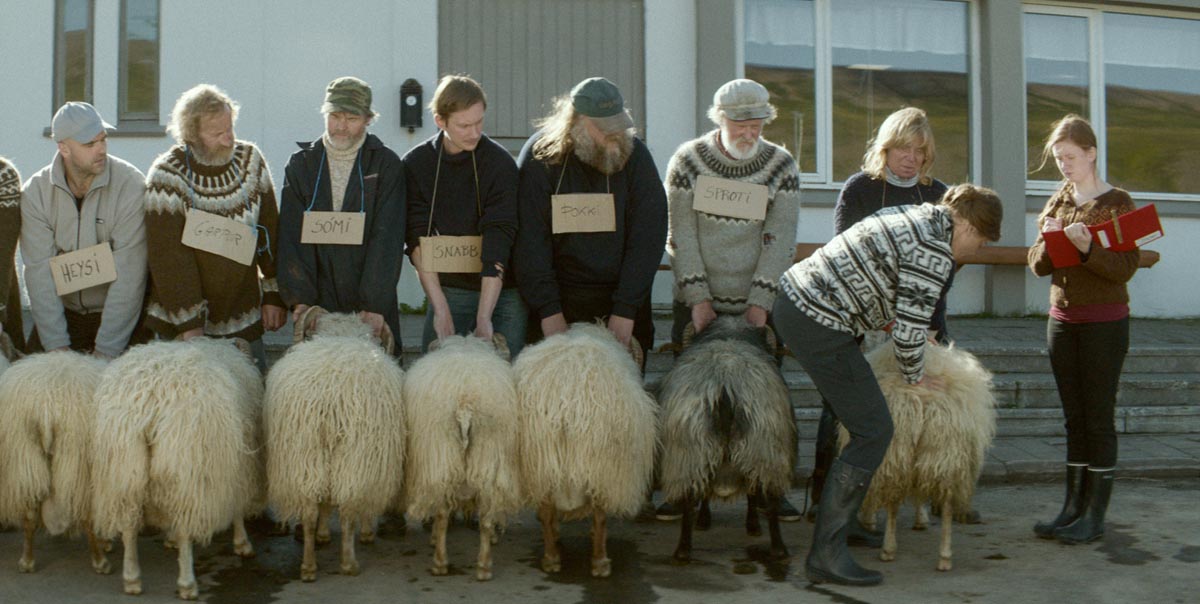 Winner of the Un Certain Regard prize at this year's Cannes festival, Grímur Hákonarson's Rams — a warm, compassionate drama laced with moments of beautifully deadpan comedy — tells the tale of two rival sheep farmers whose decades-long feud is interrupted by an unforeseen event that threatens to destroy centuries of tradition.

Despite the fact that they live on neighbouring farms, Gummi (Sigurdur Sigurjónsson) and Kiddi (Theodór Júlíusson) have not spoken to one another in forty years, their intermittent and grudging communications carried out via letters carried by Kiddi's dog. Their rivalry reaches its height in the valley's annual competition for best ram, which Kiddi has won several times. After once again losing the prize to the boastful, hard-living Kiddi, the stern and solitary Gummi spots a dead sheep in Kiddi's field, and soon begins to notice symptoms of the lethal and highly contagious disease scrapie in his neighbour's flock. Veterinary authorities quickly arrive in the valley and decree drastic measures that may mean disaster for the entire region, and that the two men determine to resist, each in his distinctive way.

With keen observation and gently sardonic humour, Hákonarson offers an understanding yet incisively satirical take on the Icelandic championing of independence and self-reliance, and how those otherwise admirable qualities can turn into isolationism, short-sightedness, and unyielding recalcitrance. Driven by the stellar performances of its two leads, Rams masterfully mixes comedy and heartbreak in its portrait of an ancient, and endangered, way of life.