A tough cop targets the tyrannical heir to a mega-corporation in this hard-hitting thriller from South Korean cult auteur Ryoo Seung-wan (Crying Fist, City of Violence). 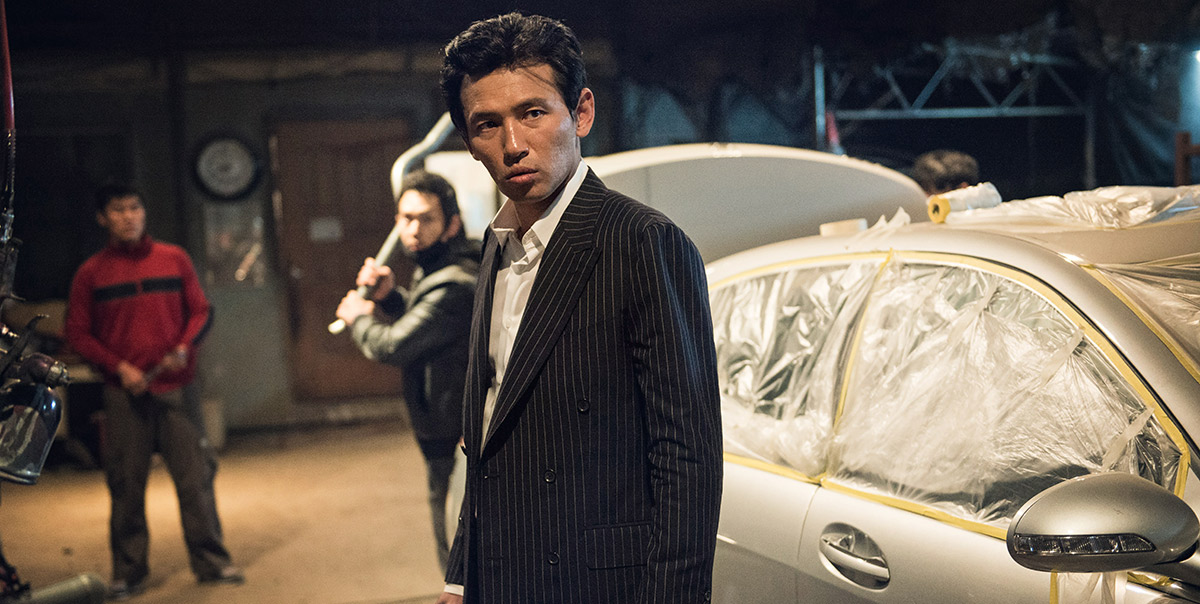 The latest from South Korean maestro Ryoo Seung-wan builds brilliantly on the foundation of his previous action smash The Unjust, taking that film's premise of an underworld power merger and infusing it with brash humour and hugely entertaining set pieces.

Seo Do-cheol (The Unjust's Hwang Jung-min) is a detective in the major-crimes squad. He is impulsive, irreverent, and always up for a fight — so much so that his colleagues accuse him of having become a cop just to beat people up. Veteran opens with Seo and his crack team in the middle of an international auto-theft sting, which leads to a garage skirmish in which Seo displays his resourcefulness as he gleefully weaponizes everything from car doors to spray paint. But the sundry abilities of Seo and his fellow officers are put to the test when they set their sights on Jo Tae-oh (Yoo Ah-in), the tyrannical heir to the Sunjin Group, a powerful conglomerate that regularly flouts the law. Officers and corporate criminals alike pull out all the stops as Seo and Jo head toward an inevitable showdown.

From its rooftop chase sequence to an explosive action scene at the Port of Busan, every element of Veteran has been honed for maximum kinetic thrills, proving anew that Ryoo is one of Korea's most diversely talented filmmakers.