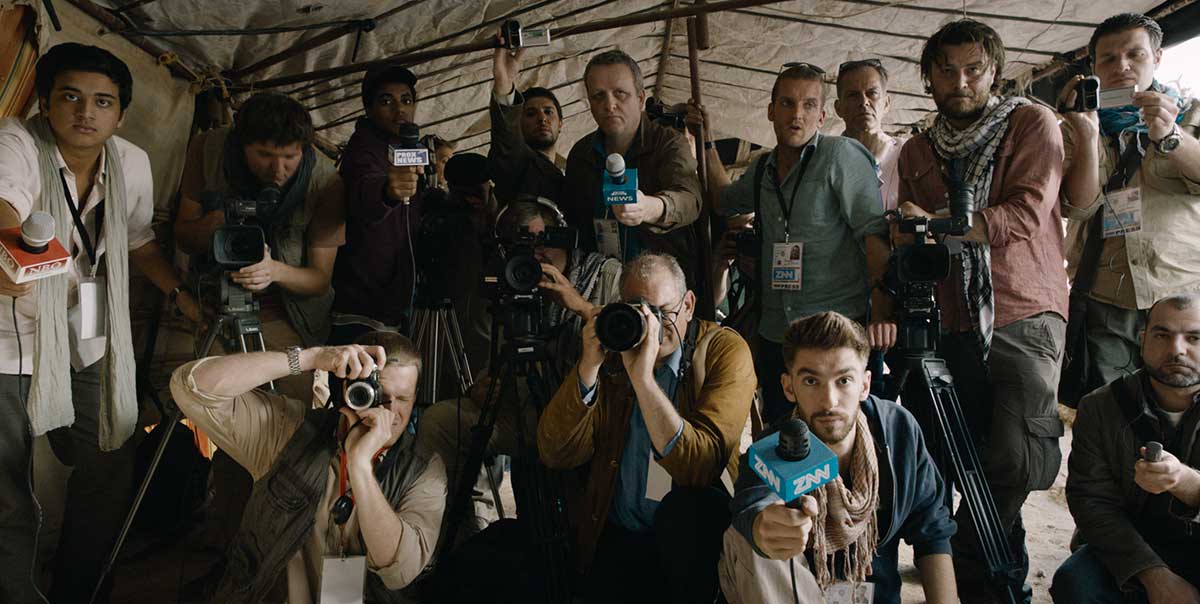 Thank You for Bombing

A fictional look at the behind-the-scenes lives of three war correspondents on assignment, Thank You for Bombing is a welcome antidote to our frenzied media environment in which ephemeral news headlines are prescribed by popularity ratings.

When a group of American soldiers in Afghanistan burn the Quran, the incident generates a worldwide controversy and the international news outlets send in their investigative troops. But for middle-aged Austrian reporter Ewald (Erwin Steinhauer), the assignment is cut short at the point of departure when he recognizes a figure from the past. Miles away, in Kabul, American reporter Lana (Manon Kahle) struggles to gain her male colleagues' respect for her work as an on-the-ground correspondent. A couple of floors above Lana's station headquarters sits Cal (Raphael von Bargen), a burnt-out reporter frustrated at having to deliver idle reports from a hotel rooftop. This triptych of stories gives us a glimpse into the human experience — the tension and anxiety, but also the quotidian in-between moments — behind the streams of text and pixels that make up our daily news.

This is a deeply honest look at the traumatic experiences suffered by war correspondents. Showcasing her protagonists' intense fragility as well as their strength of spirit, director Barbara Eder reveals them to be unsung heroes who play a key role in our relationships with today's global crises. Powerful and thought-provoking, Thank You for Bombing reminds us of the humanist instinct for truth and justice — and the sacrifices made in their pursuit.