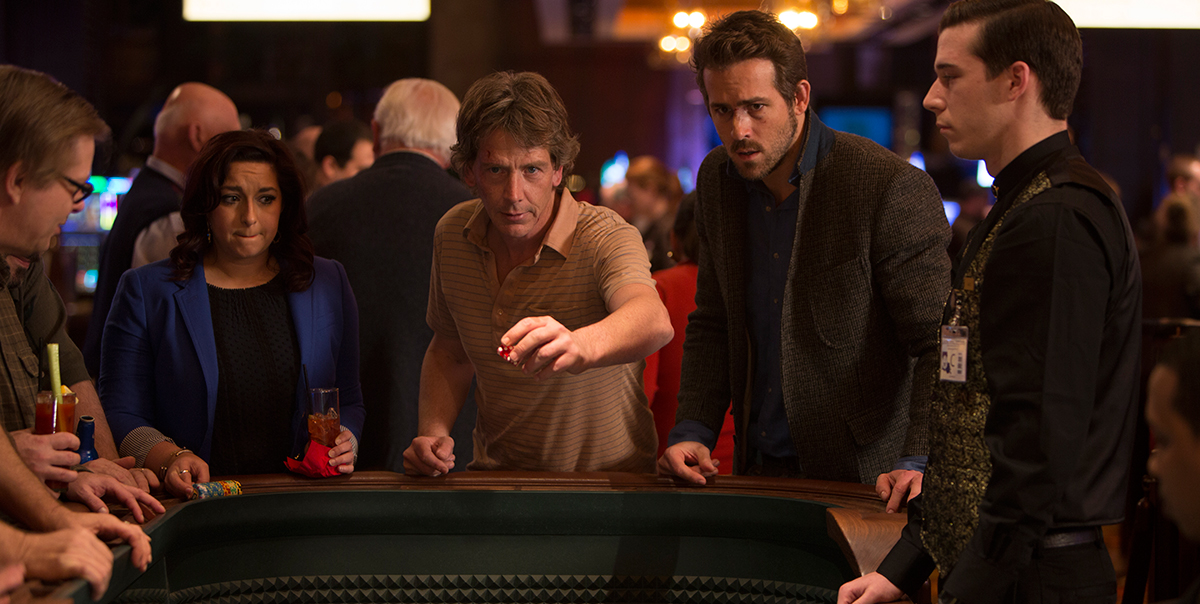 Everyone wants to be a winner, but some guys seem to think they can't lose. This road movie from filmmaking duo Anna Boden and Ryan Fleck (Half Nelson, It's Kind of a Funny Story) follows the ever-confident Curtis (Ryan Reynolds) and his shaggy comrade Gerry (Ben Mendelsohn) from Iowa to New Orleans as they gamble their way toward that elusive big payday.

Estranged from his wife and daughter, and drowning in debt, Gerry knows his real-estate broker income will never get him in the clear. He meets the mysterious but lovable raconteur Curtis at a card game, and the men instantly realize they're kindred spirits in their appetites for chance and bourbon. Curtis knows the world of underground casinos, and the two concoct a high-stakes itinerary designed to make them rich. But, as Curtis says, "the journey's the destination," and it's possible these boys are simply on a road to nowhere.

Reynolds has never been better than he is here, delivering a performance that perfectly balances outgoing charm with evident loneliness, while Mendelsohn (Killing Them Softly, The Place Beyond the Pines) reminds us why he's become Hollywood's hottest character actor.

Giving a directorial nod to Robert Altman's California Split, as well as to several other classic character-driven films of the 1970s — including The Gambler, whose writer James Toback makes a memorable cameo here — Boden and Fleck take us on an unforgettable trip bathed in melancholy beauty and twilit wonder.