A promising teenage boxer and a struggling thirtysomething actress become entangled in a daily ritual that walks the line between flirtation and stalking, in the provocative new feature from award-winning Romanian director Florin Serban. 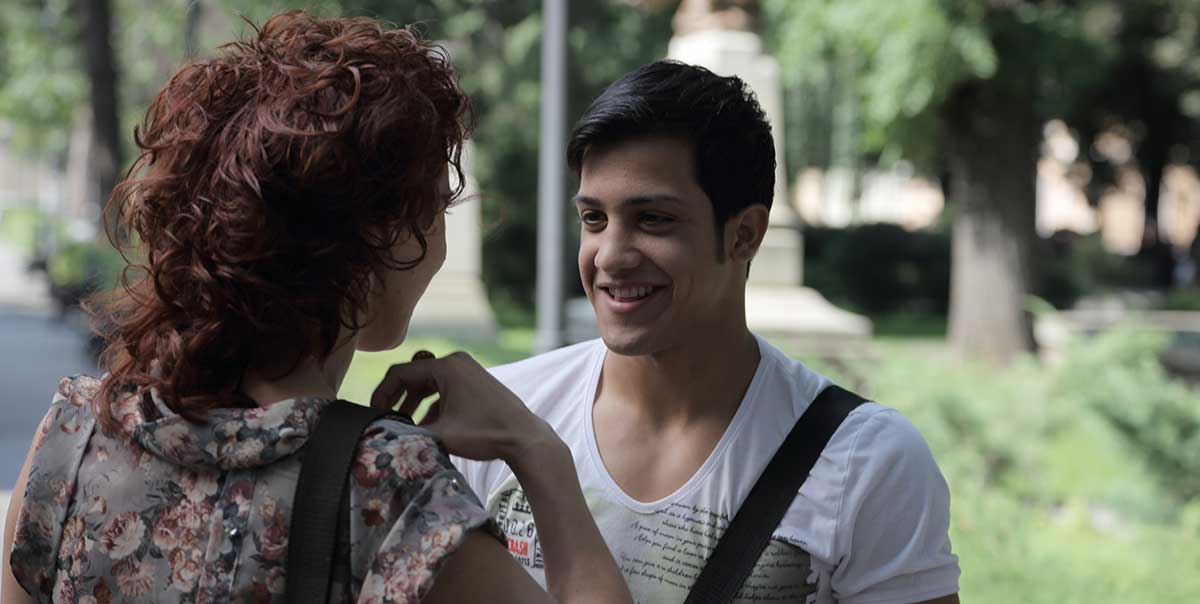 Five years after his award-winning breakout film If I Want to Whistle, I Whistle, Florin Serban returns with his seductive sophomore effort Box, which rightfully won the FIPRESCI award at Karlovy Vary for its provocative look at the smouldering passion of two strangers who come to know each other in a most uncommon fashion.

In one corner stands Rafael (Rafael Florea in a formidable debut), a shy, brooding nineteen-year-old living with his grandfather on the outskirts of town. A promising boxer with a shot at making the big time, he's on the threshold of adulthood. In the other corner stands thirty-four-year-old Cristina (Hilda Péter), an actress overshadowed by her famous thespian husband, unable to connect either with him or with her upcoming role in Chekhov's Three Sisters. Though they have never met, Rafael and Cristina cross paths each day on their walks home, and soon enough they become entangled in a flirtatious ritual. So begins a pas de deux in which Rafael's obsessive crush draws them closer to each other and to their true selves.

A genuine actor's director, Serban guides the action with an experienced hand and a fantastic sense of rhythm. He allows Marius Panduru's rich 35mm cinematography to observe the essence of the moment, choreographing the proceedings with impressive control, so that each scene builds upon the last.

Boasting rich performances from a cast composed almost entirely of non-professionals, Box ropes the viewer into an observation game that methodically reveals the depths of its characters' fragility and sensuality.