Colin Farrell, Rachel Weisz and John C. Reilly star in the deliciously bizarre new film from Greek auteur Yorgos Lanthimos (Dogtooth, ALPS), about a curious hotel where the residents are charged with finding a new mate within 45 days — under penalty of being transformed into animals should they fail. 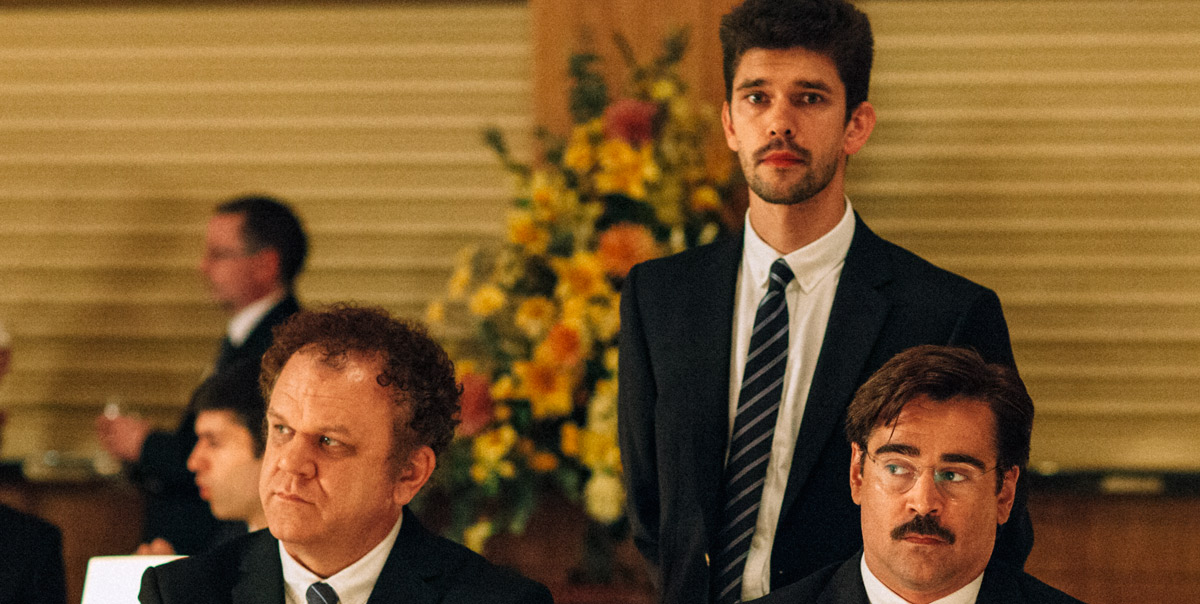 Winner of the Jury Prize at this year's Cannes, the new film from Greek auteur Yorgos Lanthimos is another journey into one of his singular universes. As in the director's previous films Dogtooth and ALPS, the world of The Lobster is governed by absurd laws that provoke bizarre behaviour by its inhabitants. Beneath the madness Lanthimos locates a profound emotional core of yearning, pain, love, and loss.

As the film begins, David (Colin Farrell) has just been left by his wife. This means that, as with all those in this society who are without a partner — for whatever reason, be it death, divorce, or a simple breakup — he must report to a secluded hotel and search for a new mate amongst the other residents. If the guests fail to find a partner within forty-five days, they are promptly transformed into animals and sent out into the wild. (As he likes the sea, David registers to become a lobster in case of failure to hook up.)

Though David at first tries to abide by the rules, he soon becomes appalled by the hotel's rigidly enforced regime and escapes into the woods, where he finds shelter with a band of runaways who have rebelled against their society's monogamous order — and is drawn to a fellow outcast, the "Short-Sighted Woman" (Rachel Weisz, also at the Festival in Youth).

Making his first English-language feature and working with a star-filled international cast — which includes John C. Reilly, Ben Whishaw (also at the Festival in The Danish Girl), Léa Seydoux, and his marvellous past collaborators Ariane Labed and Angeliki Papoulia — Lanthimos not only preserves but enhances the unique mood, tone, and imaginative freedom of his previous works. The Lobster is one of the year's most remarkable films.