The legendary Maggie Smith stars in this adaptation of the based-on-fact play by acclaimed author Alan Bennett (The Madness of King George), about a high-born homeless woman fallen on hard times who found temporary shelter parking her van in Bennett’s driveway — for fifteen years. 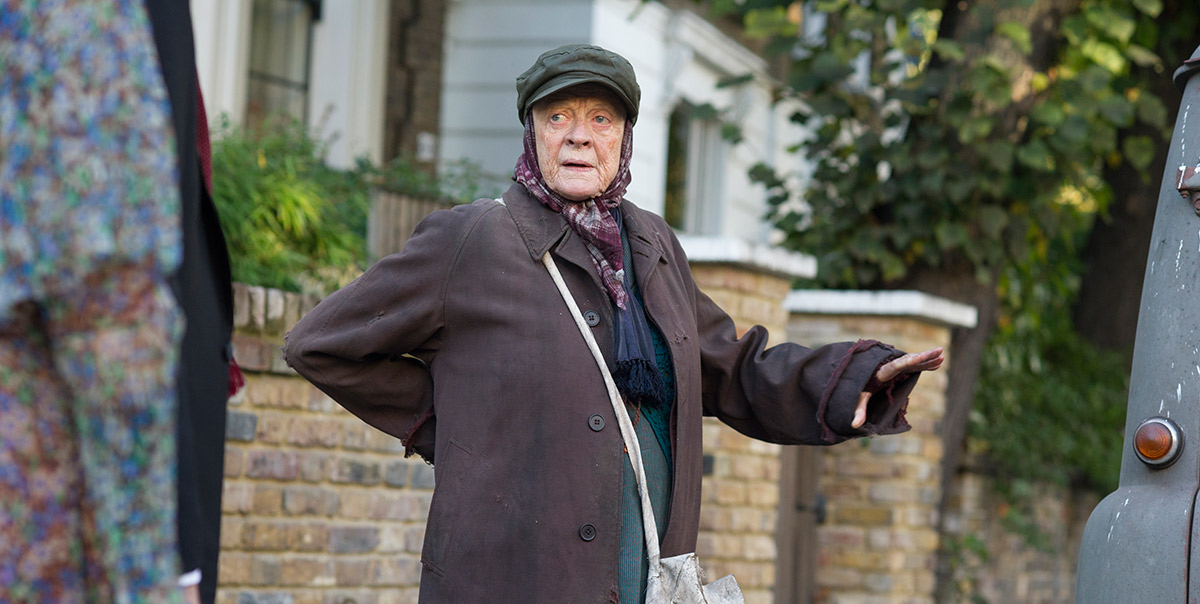 The Lady in the Van

Based on Alan Bennett's memoir and hit West End play, this brilliantly witty, "mostly true" story chronicles an unlikely friendship between a writer and the elderly eccentric who takes over his driveway.

All sorts of people wash up in Camden, the London borough where playwright Alan Bennett (Alex Jennings) buys himself a house just big enough for him and his roommate, Alan Bennett (also Alex Jennings). "The writer is double," Bennett explains. "There is the self who does the writing and there is the self who does things." This is a story about the one who, however reluctantly, does things — like allow Miss Mary Shepherd (the inimitable Dame Maggie Smith) to park in his driveway. Miss Shepherd is homeless. Ornery, impolite, and bullying, she claims to take advice from the Virgin Mary. And she smells bad. But Alan, despite his very private nature, takes pity on her and says she can stay there for three months.

Perhaps he's also a little curious. Where did she find this van? Where did she learn French? And who is that strange man (Jim Broadbent) who keeps coming round in the middle of the night? Miss Shepherd seems to have led a life so much more interesting than Alan's. Perhaps some of that interest will rub off on him. There will certainly be plenty of time for that to happen as she tests the limits of his hospitality, stretching the three months into fifteen years.

The Lady in the Van is playful, inventive, and relentlessly funny. Directed by Nicholas Hytner (The History Boys) with swift pacing and a seasoned sense of mischief, the film reminds us of the value of taking a chance on strangers — and of the long road that gradually turns strangers into friends.