This intimate documentary chronicles five years in the life of a young Chinese student, whose fervent idealism and dedication to Mao’s legacy stands in stark contrast to contemporary China’s turn towards state capitalism. 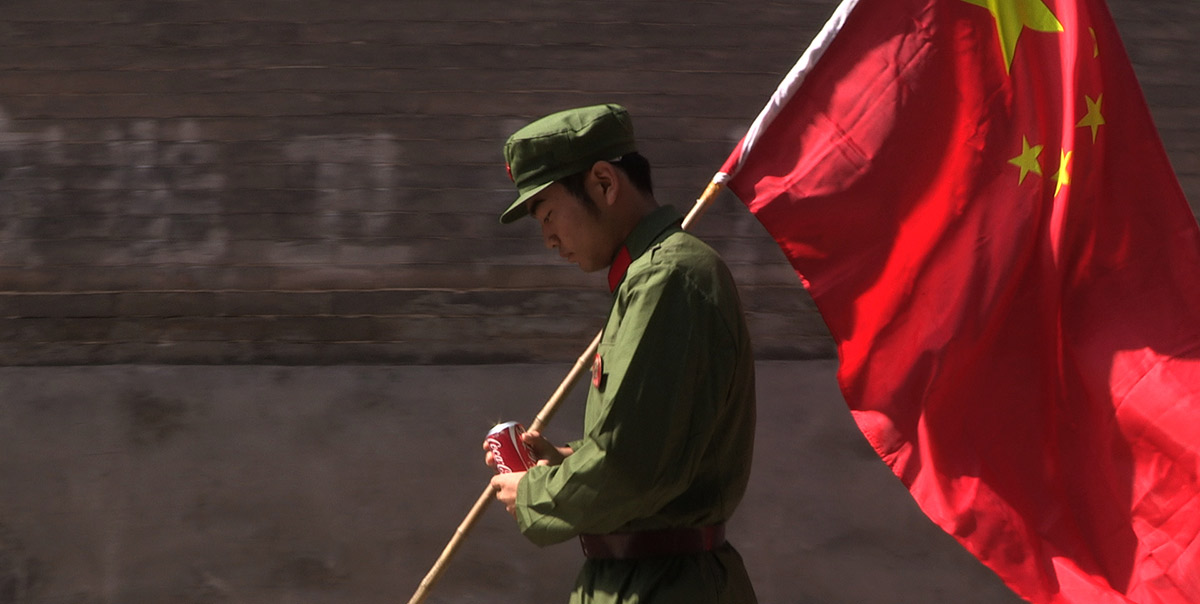 China may have embraced capitalism, but that doesn't mean Maoism has vanished. In A Young Patriot, we get an eye-opening take on China's millennial generation through the perspective of an idealistic and likable young man named Zhao Chantong, who feels a special kinship to Mao's legacy. Starting when Zhao is nineteen years old, the film follows him for five years as he passes through the crucibles of young adulthood — finding a purpose, making friends, seeking employment — against the backdrop of China's shifting ideologies.

Director Du Haibin gains intimate access to Zhao, his friends, and his family, carefully observing how their relationships evolve over time. Zhao was born the year after the 1989 student protests in Tiananmen Square. But those events are more remote to him than the legends of the Red Guard, whose patriotic anthems he sings with gusto.

We journey from a remote village in Shanxi province, where Zhao and his comrades have gone to indoctrinate a new generation of patriots, to his university in Chengdu, where he encounters challenging ideas about the future of modern China. Through Zhao's coming of age, we bear witness to the country's changing patterns of development, consumption, and pollution.

Zhao doesn't want the Chinese Communist Party to collapse after only sixty years, but neither can he stomach the rampant corruption that's rooted in the system. A Young Patriot is a powerful entry point into the history of a nation that, in the eyes of Zhao, has reached a precipice.