A 15-year-old girl in a black gang in Brussels must choose between loyalty and love when she falls for a Moroccan boy from a rival gang. 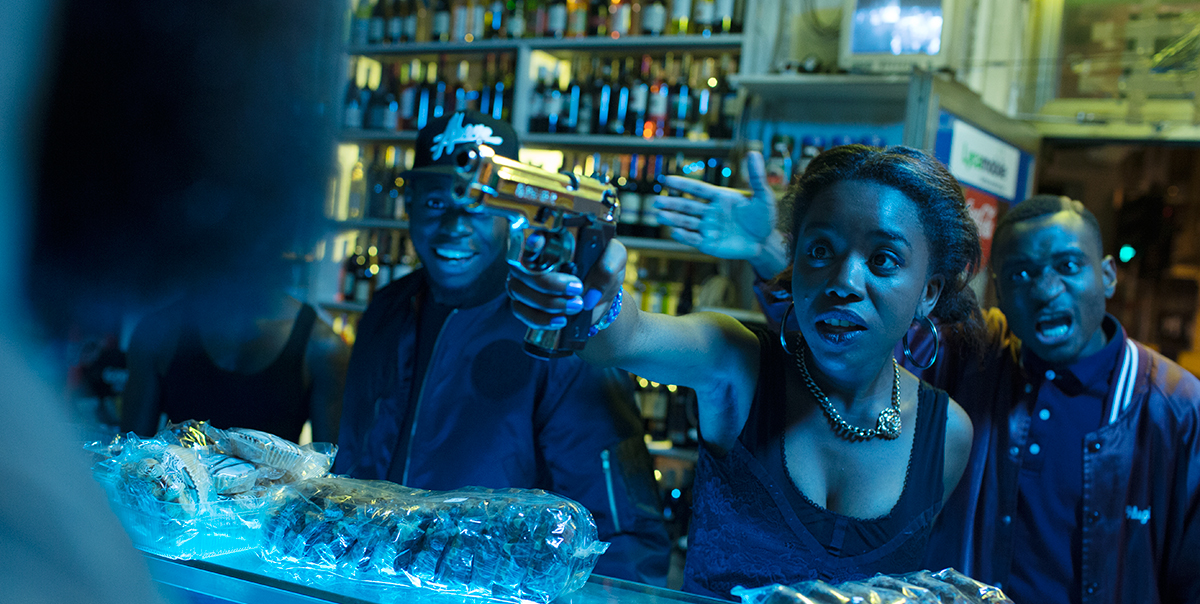 The city of Brussels, plagued by high rates of youth unemployment, is home to nearly forty street gangs, and the number of young people drawn into the city's gang culture increases each year. It's in this criminal milieu that directing duo Adil El Arbi and Bilall Fallah set Black, a pulse-pounding contemporary take on a Shakespearean tragedy.

Worlds collide when Mavela (Martha Canga Antonio), a teenage girl with ties to Brussels' Black Bronx gang, meets Marwan (Aboubakr Bensaihi), a member of a rival Moroccan gang, at a police station. Keenly aware of the consequences of getting involved with someone from another gang, they at first resist their attraction to one another, but they can only resist for so long. Just when they've started to imagine a different life for themselves, a terrifying incident reminds Mavela where she belongs — and, more precisely, to whom. In order to break free, Mavela and Marwan will have to betray the very loyalties on which their gangs are founded. And they know what lies ahead for them if they don't.

El Arbi and Fallah's film moves forward at an electrifying pace, with furious energy and a gritty realism reminiscent of epic gangster films like City of God and Goodfellas. Ricocheting from moments of extreme tenderness to scenes of extreme violence, and enhanced by the raw performances of its young leads, Black is a full-on, no-holds-barred experience that will resonate long after you've left the cinema.