Winner of the Palme d'Or at this year's Cannes, this powerful drama from director Jacques Audiard (A Prophet, Rust & Bone) follows a former Tamil Tiger soldier as he flees from the aftermath of the Sri Lankan civil war to begin a new life in a Parisian suburb. 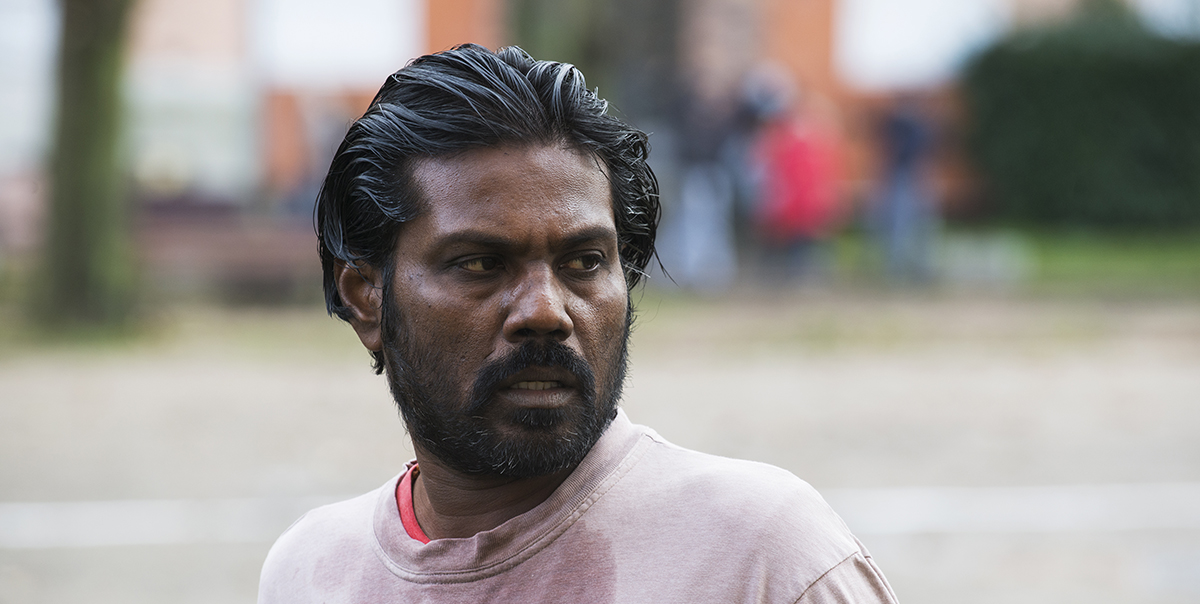 In A Prophet, Jacques Audiard pulled his audience deep inside a powerful prison drama. In Rust and Bone, he brought the same intensity and authenticity to an unlikely love story. In Dheepan, which won the Palme d'Or at Cannes this year, Audiard turns his piercing focus to a story so ubiquitous it practically hides in plain sight. What happens to the millions of migrants who flee conflict zones to find new homes in the cities of the west? In the case of the Tamil family at the centre of this searing film, conflict is never far behind.

The film begins in Sri Lanka at the end of the civil war as a Tamil soldier (Jesuthasan Antonythasan), burns the bodies of his fallen comrades. The guns are silenced, his family has been killed, and he seeks a way out. He and Yalini (Kalieaswari Srinivasan) are strangers in a refugee camp, but they cobble together a fake family with young Illayaal (Claudine Vinasithamby). It's enough to fool the aid workers and get them to France.

Audiard establishes the ruthlessly pragmatic ways of these three war survivors early on. Once in the outskirts of Paris, they must use those same skills to navigate their crime-ridden housing complex. Securing their position in France means making their false family real, but past violence and present threats combine to exert a rising pressure that is bound to explode.

Working with screenwriters Noé Debré and Thomas Bidegain (who respectively wrote and directed Cowboys, also at this year's Festival), Audiard finds both dramatic opportunity and moral depth in this migrant tale.

Dheepan's conclusion was controversial at Cannes, with viewers taking sides on its motivations and meanings. Whether you follow the news headlines, the logic of film narrative, or both, you'll find significance in the fact that Dheepan ends as it begins.