Director Zhang Yang blurs documentary and fiction in this account of a band of pilgrims who make a 2,000-kilometre journey on foot to Lhasa, the holy capital of Tibet. 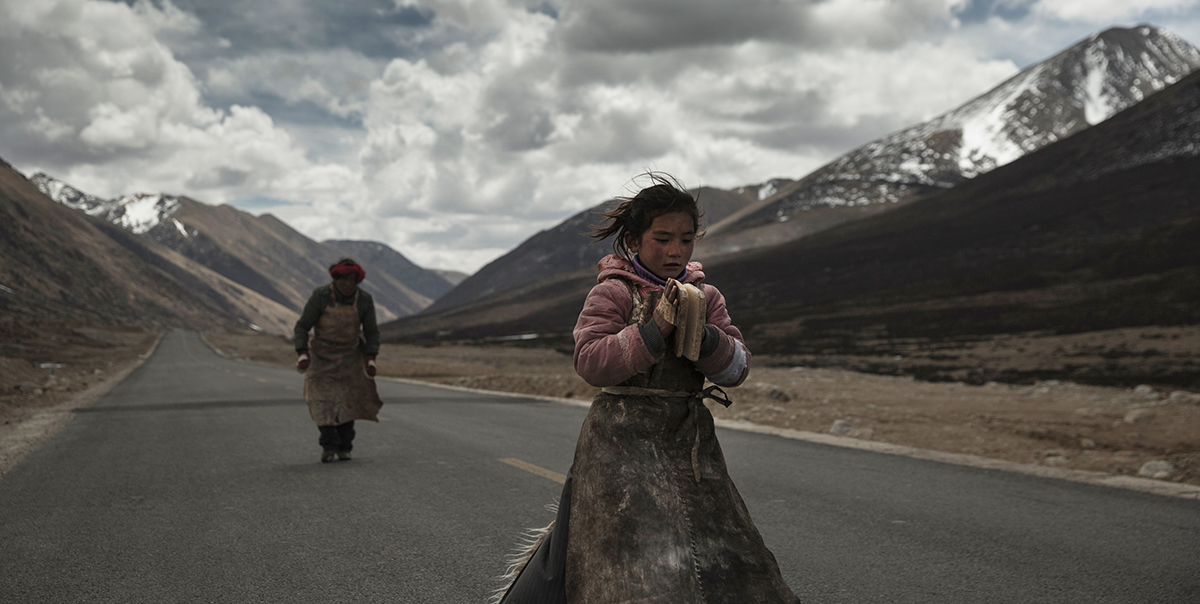 Paths of the Soul

Paths of the Soul documents the simplicity of spiritual life on the world's highest plateau, where the rarefied air makes each and every humble gesture an arduous task. Director Zhang Yang blurs the border between documentary and fiction in this account of a singular real-life journey: a months-long pilgrimage, on foot, to Tibet's holy capital.

The film follows a group of Tibetan villagers who leave their families and homes to make a "bowing pilgrimage" — laying their bodies flat on the ground after every few steps — along the 2,000-kilometre road to Lhasa. Though equally devoted to the trip, they all have different reasons: one traveller needs to cleanse bad family karma; another, a butcher, wants to wash the animals' bloodstains from his soul; and another pilgrim, sensing the end is near, hopes that prayers and prostrations will break the chain of cause and effect determined by his life's actions. During their months on the road, a baby is born, they meet fellow travellers, and their resolve is put to the test by harsh snowstorms and physical fatigue. But no hardship can deter them from their ultimate goal — not even the threat of death, a very real danger in this high altitude where a common cold can take one's life.

Making a fictionalized portrayal of an actual event, Zhang chose to shoot Paths of the Soul in documentary style, over the course of an entire year, with non-professional actors and no script. The result is a film with a mesmerizing rhythm like no other, a rhythm that envelops us even as it bears witness to these very real actions of astonishing dedication on the winding roads of Tibet.