Gael García Bernal gives a supremely creepy performance in the new film from visionary Argentinean director Pablo Agüero, which tells the unbelievable true story of the transport of the embalmed body of the country’s beloved First Lady Eva Perón. 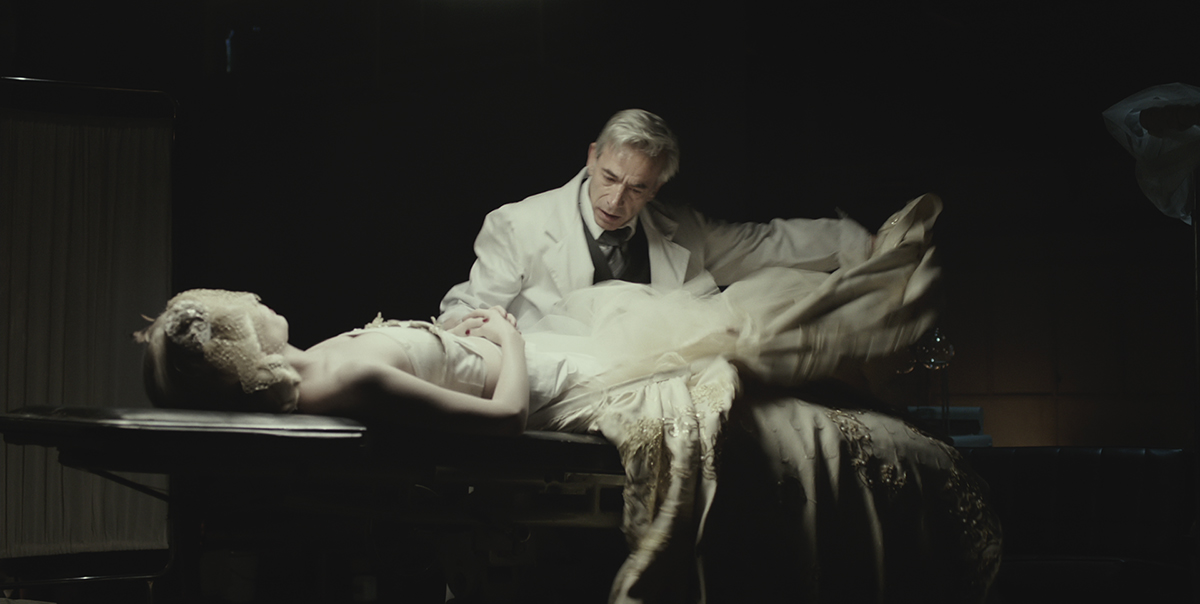 The strangest thing about this story is that it's true. With Eva Doesn't Sleep, Argentine filmmaker Pablo Agüero takes an unbelievable chapter of his country's history and transforms it into a deeply strange cinema experience.

In 1952, Argentina's beloved First Lady, Eva Perón, died of cancer at the age of thirty-three. A renowned embalmer was commissioned by the grieving Juan Perón to preserve her body for display, and Argentines flocked to be near "Evita." Three years later, when his government was overthrown by a military coup, Perón fled the country before he could make arrangements for the transportation of his wife's body. The military junta now in control kidnapped the corpse; so afraid were they of Eva's symbolic power that they even made it illegal to utter her name. Thus began the two-decade journey of Eva's body throughout Europe and eventually back to Argentina.

Agüero's coming-of-age debut Salamandra demonstrated a predilection for the surreal, and while his latest film tackles a very different topic, his absurd sensibility once again underlies the narrative. Agüero uses sociopathic Admiral Emilio Massera (a supremely creepy Gael García Bernal) as a sort of lightning rod for the misogynistic obsession with obliterating the memory of Eva. Responsible for orchestrating Argentina's Dirty War, one of the darkest eras in the country's history, the Admiral would not rest until Eva was buried under six metres of cement.

Interspersing his film's eerie and bizarre scenes with found footage, Agüero creates a resonant reconstruction of the dream — or nightmare — that is Argentina's past. Bold and original, and boasting brilliant set pieces, including a fight inside a truck between the driver (Denis Lavant) and a young officer who wants to open Eva's coffin, Eva Doesn't Sleep showcases the talents of one of Argentina's most visionary and politically engaged cinematic voices.