Five young sisters living in a coastal Turkish village on the Black Sea are placed under the tyrannical regime of traditional morality by their guardians, in the poignant, award-winning first feature by Turkish director Deniz Gamze Ergüven. 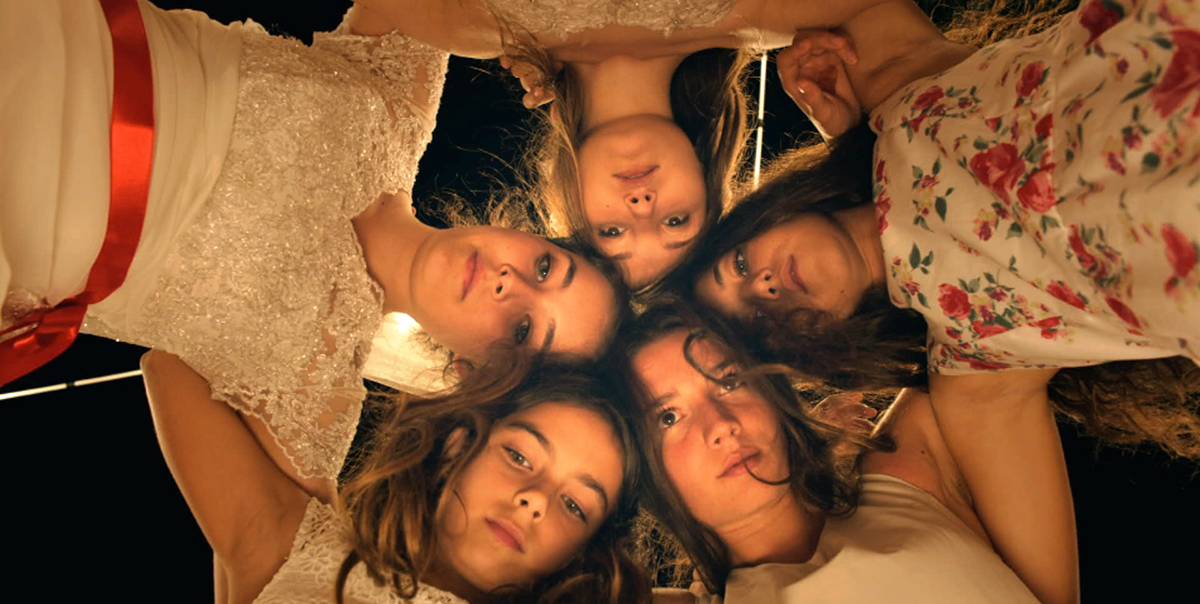 Like wild horses cantering freely, there's nothing more natural than a girl becoming a woman. It's the suppression of this innocent natural development that Deniz Gamze Ergüven poignantly examines in her first feature, Mustang, winner of the Europa Cinemas Label award at the Cannes Directors' Fortnight.

The film opens in a remote Turkish coastal village on the Black Sea as the school year ends for five sisters. But this will not be a summer filled with fun and childhood mischief. When a neighbour observes the long-haired, long-limbed girls at the beach, engaged in what she views as scandalous behaviour, she reports them to their grandmother and uncle, who have been the sisters' guardians ever since the death of their parents. And so harmless play becomes the catalyst for physical and emotional imprisonment.

All "instruments of corruption" and pop-culture artifacts are removed from the house, girly outfits are replaced with formless brown dresses, and, following a brief escape to an all-female soccer match, bars are installed on the windows and gates erected at the home's entrance. As village aunties visit to instruct the girls in domestic duties and suitors begin to arrive, the house becomes a veritable "wife factory." The eldest sisters are subjected to virginity tests and married off one by one, and the younger sisters look on in fear, resolving not to succumb to the same fate.

Co-written by Ergüven and Alice Winocour (director of Disorder, also at this year's Festival), Mustang is a sensitive and powerful portrait of sisterhood and burgeoning sexuality. Ergüven elicits wonderfully naturalistic performances from her mostly non-professional actors, who bring a vibrant, youthful energy to the film. Though the film has distinct echoes of Sofia Coppola's The Virgin Suicides, it nevertheless signals the emergence of a singular and fierce new voice in Turkish cinema.