Thirteen women find themselves trapped in a Gaza hair salon during a stand-off between police and a local gangster, in this audacious and incisive feature debut from twin brothers Tarzan and Arab Nasser. 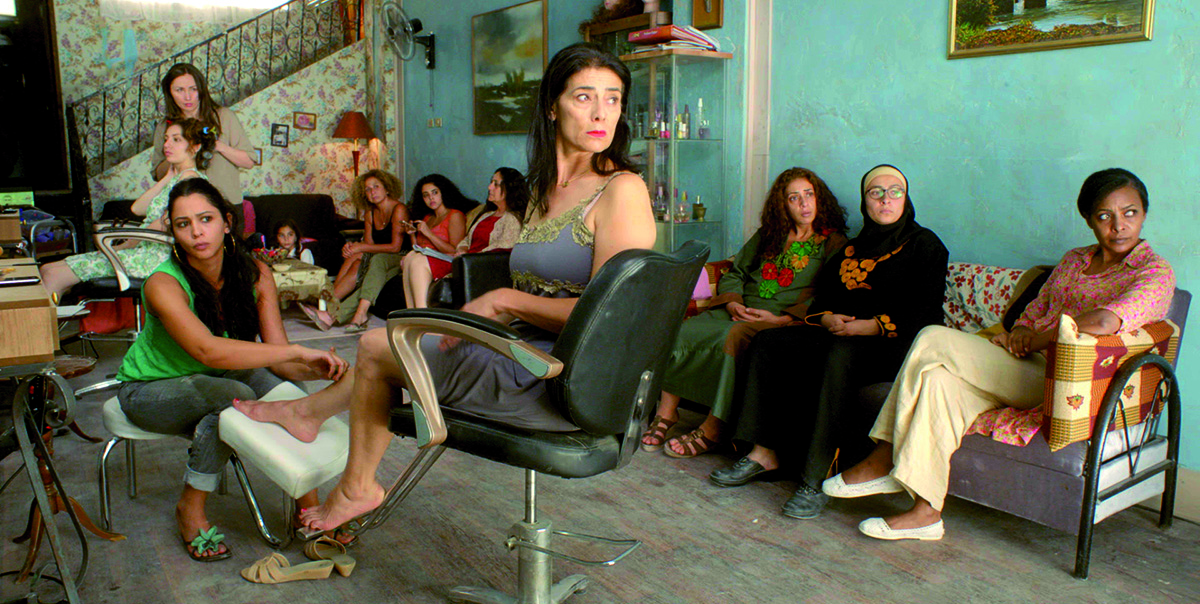 The directorial debut of twin brothers Tarzan and Arab Nasser is a dramatic huis Clos that sketches an audacious portrait of Gaza, telling the story of thirteen women trapped together by chance.

Christine (Victoria Balitska), a Russian living in Gaza, manages a hair salon that happens to be located next door to a gang headquarters. In the courtyard between the two, maverick gangster Ahmed (co-director Tarzan Nasser) brazenly displays the lion he nabbed from the Gaza zoo.

When the Hamas-led government police stage an operation to "liberate" the lion, the situation escalates into a stand-off, and Christine is trapped inside the salon with her ten-year-old daughter, Natalie (Nelly Abou Sharaf ), assistant Wedad (Maisa Abd Elhadi), and ten customers, as bullets start flying outside. However, being caught in a crossfire doesn't change the fact that they have weddings to prepare for, relationship problems to argue about, and, in Wedad's case, a series of distressed phone calls to make to her boyfriend — the lion-napping gangster next door.

Dégradé revels in the women's punchy back-and-forths as they chatter, natter, joke, tease, and bicker. The film is an incisive depiction of people living in a permanent state of siege, who must carry on with their lives as best they can even while violence rages right outside their front doors.

Impressively directed and featuring an ensemble of blazing performances, Dégradé is, at its heart, an ode to the women of Gaza: their resilience, strength, and, especially, their humour.