An Old-West enthusiast in modern-day France embarks on a 16-year odyssey to track down his daughter, who has run away and converted to Islam, in screenwriter-turned-director Thomas Bidegain's inventive update on The Searchers. 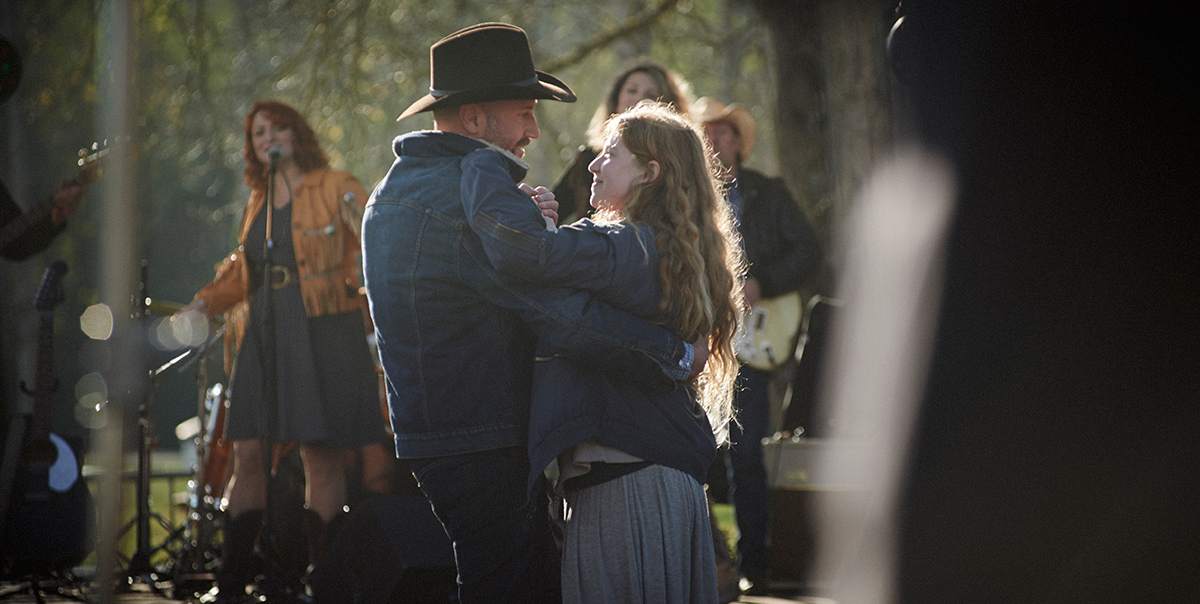 Celebrated French screenwriter Thomas Bidegain, best known for his collaboration with French auteur Jacques Audiard — for whom he penned Rust and Bone, A Prophet, and this year's Cannes Palme d'Or winner Dheepan, also at the Festival — establishes himself as an emerging auteur voice with his debut feature. An original take on John Ford's classic The Searchers, Bidegain's Les Cowboys is a haunting tale of a young woman's disappearance, and of the father and brother who spend years in search of her.

Though set in rural France, the film's atmospheric opening sequence — with its cowboy hats, horses, and country music — couldn't feel more American. Old-West enthusiast Alain (François Damiens) attends a cowboy fair with his wife Nicole (Agathe Dronne), sixteen-year-old daughter Kelly (Iliana Zabeth), and younger son Kid (Finnegan Oldfield). Kelly disappears in the chaos of the festivities, and Alain's fear soon becomes disbelief when he learns that she's chosen to abandon her life and to start a new one as a Muslim. Convinced that she was coerced, Alain and his son commence a pursuit that will last sixteen years, taking them across international borders as they hunt for the missing Kelly.

Like the American westerns it recalls, Les Cowboys is epic. But it's also efficient. Bidegain's screenwriting background is evident in the film's superb construction. The script (by Bidegain and Noé Debré) has a chaptered structure, each segment telling a different character's story, which engenders a thrilling sense of urgency and encourages the audience to piece the narrative together. Anchored by the dramatic performance of comedic actor Damiens, this disquieting, profound film isn't just about a family's search for a loved one. It's also about our search for a common humanity.