Jonás Cuarón directs Gael García Bernal in this thriller about a group of would-be immigrants whose dream of entering the US becomes a nightmare when a deranged vigilante begins stalking them through the Sonoran Desert. 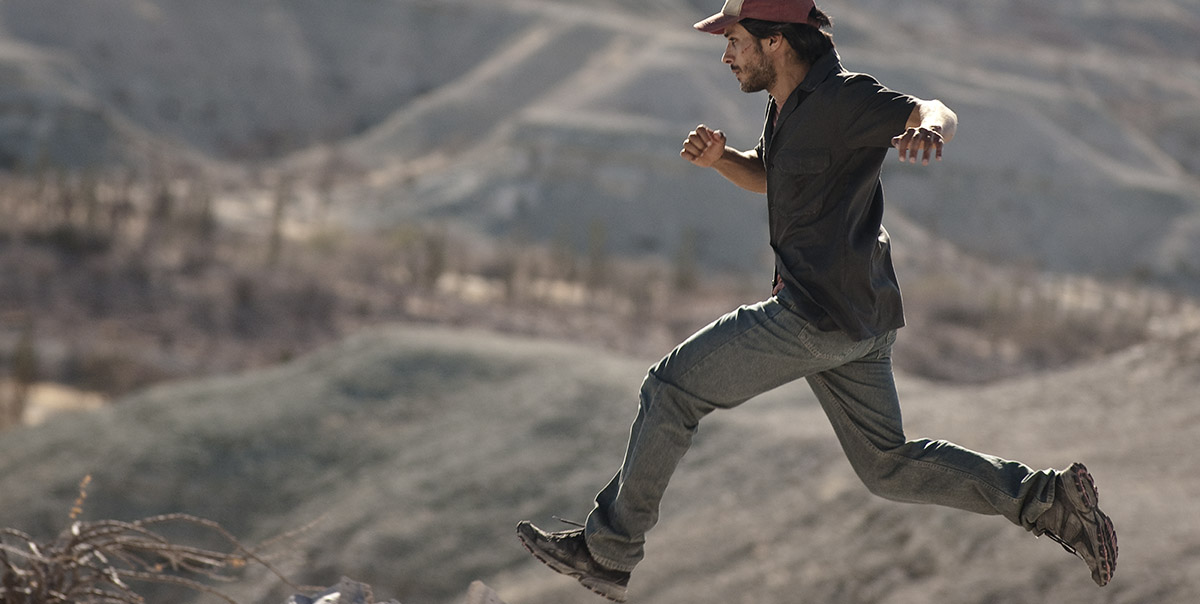 A group of Mexicans attempts to cross the Mexican-American border. They expect to struggle against the elements and the increasingly pervasive surveillance of US authorities. They don't expect a Confederate flag-waving vigilante with a shotgun.

In Gravity screenwriter Jonás Cuarón's second feature as director, the hazards of illegal migration merge with the thrill of the hunt. Starring Gael García Bernal and Jeffrey Dean Morgan, Desierto is a thriller in which — as in Gravity — survival is the only goal, and there is virtually nowhere to hide.

Out to protect America from foreign invaders, Sam (Morgan) has a simple goal: kill them all, one by one. With his intimate knowledge of local terrain and a loyal Belgian Malinois dog by his side, he clearly has the advantage. Sam's initial attack leaves Moises (García Bernal) the reluctant leader of what is suddenly a much smaller group. Moises will have to rely on wits and blind luck if he's going to have any chance against his ruthless opponent.

Cuarón and cinematographer Damián García (Güeros) make the desert their playground, emphasizing both its vastness and minutiae while revealing the many makeshift weapons and hiding places the landscape has to offer. Though physically dwarfed by the agoraphobic setting, Morgan and García Bernal fill the screen with their considerable presences in this David-and-Goliath duel.

With Desierto, Cuarón has crafted a deliciously satisfying cinematic experience. Be ready for surprises. Be prepared to bite your nails. And beware of the dog.