Evan Johnson and Winnipeg’s wizard of the weird Guy Maddin (My Winnipeg, The Saddest Music in the World) plunge us into celluloid delirium with this mad, multi-narrative maze of phantasmal fables. 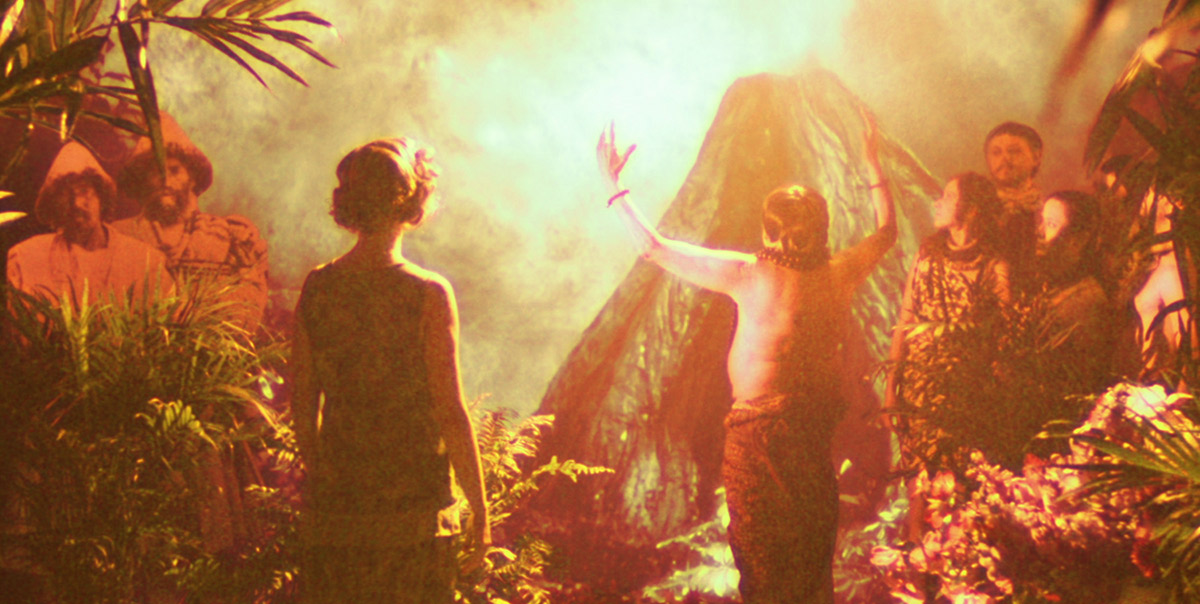 One of the most original cinematic voices ever to emerge from Canada, Guy Maddin crafts subversive, artfully anachronistic works by wedding an avant-garde sensibility to abandoned film genres and techniques. Originating in the TIFF-commissioned 2010 installation Hauntings — in which Maddin imagined the abandoned projects of such great filmmakers as Mizoguchi, Naruse, Sternberg, and Lang — The Forbidden Room shows Maddin's artistry at its zenith. A string of fractured parodies of disreputable, half-remembered sub-genres from cinema's past, Maddin's latest creates a warren of interconnected narratives that build to a peak of feverish, movie-mad delirium.

Opening on Maddin regular Louis Negin, who cheerfully gives us advice on how to bathe while clad in a bathrobe, the film then segues to a submarine crew trapped on the ocean floor; suddenly, a knock on the hold announces the inexplicable arrival of a woodsman (Roy Dupuis) on a quest to rescue his village's most comely maiden from a pack of wolfmen; then, a plane carrying a flapper adventuress crashes on a tropic island where the locals want to feed her to a volcano… and it only gets wilder from there. These salacious yarns are enacted by a dream cast — Mathieu Amalric, Charlotte Rampling, Maria de Medeiros, Udo Kier, Jacques Nolot, Ariane Lebed — and a who's who of fine Quebec actors led by Clara Furey.

As the film's absurdist narratives begin to increasingly intersect, Maddin and collaborator Evan Johnson demonstrate the many ways in which we use stories to escape from, exorcise, or indulge our darkest desires. Its intoxicating madness enhanced by Johnson's meticulous visual effects, The Forbidden Room is a giddily exhilarating tribute to the glorious excesses of cinema's past.