Tom Hardy and Olivia Colman headline this big-screen adaptation of the stage musical by Alecky Blythe and Adam Cork, about the “Suffolk Strangler” murders in Ipswich in 2006. 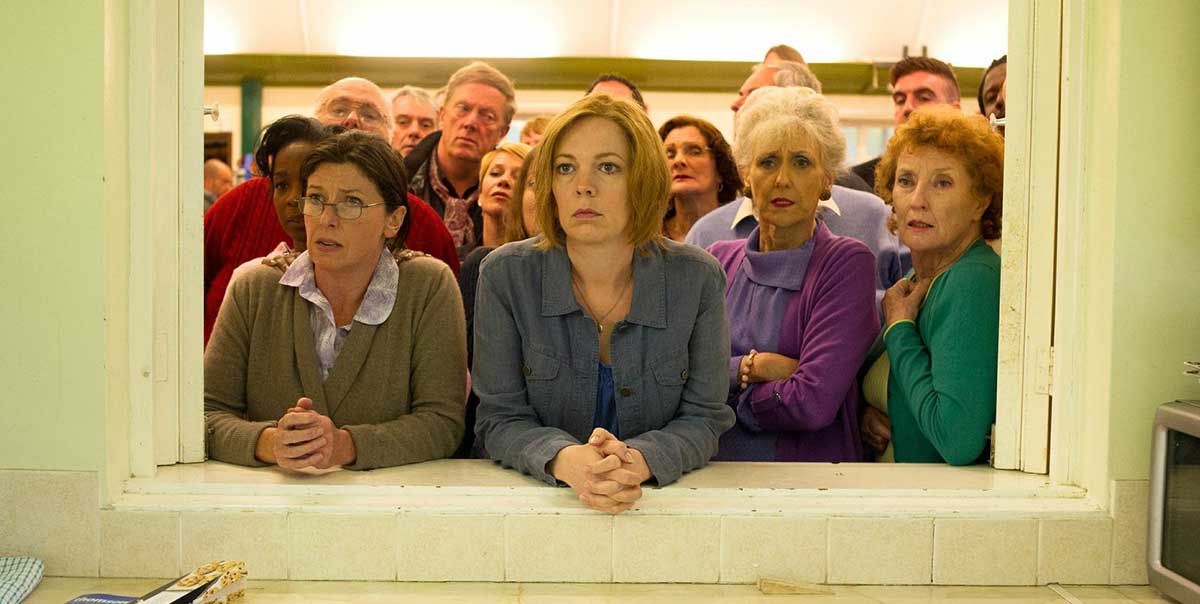 London Road is a revelation. This "verbatim musical" constructs a melodic tapestry from the recorded testimonies of Ipswich residents responding to the knowledge that a murderer of female sex workers lives among them. Director Rufus Norris, writer Alecky Blythe, and composer Adam Cork, aided by the formidable talents of Tom Hardy (also appearing at the Festival in Legend) and his Locke co-star Olivia Colman (at the Festival in The Lobster), have transformed their 2011 National Theatre production of the same name into a vital work of cinema.

Among London Road's intriguing cast of characters are a working single mother (Colman), a young schoolgirl (Eloise Laurence), and a cab driver (Hardy) who exhibits a suspiciously extensive knowledge of serial killers. In personal interviews and alluring musical interludes, the film runs through the spectrum of attitudes, fears, and prejudices that emerge as the residents respond to crisis. It also shows us a community determined to rise above the grim reputation foisted upon them by the nation's media.

From the desaturated colour palette (befitting the macabre atmosphere) to Javier de Frutos' meticulous choreography and Adam Cork's sophisticated scoring and orchestration — which transforms the working-class speech of the characters into intricate melodies — every aspect of London Road is precisely and artfully controlled. Alternately comedic, sensitive, and disturbing, this remarkable film translates a sensationalistic news story into something eloquent and operatic. It reminds us how collective shame and outrage can either bind a community together or tear it apart.