A nightmarish crisis occurs after a pregnant young Greek immigrant takes a job as a nanny to a young professional couple, in this stunning drama from Germany’s Christian Zübert. 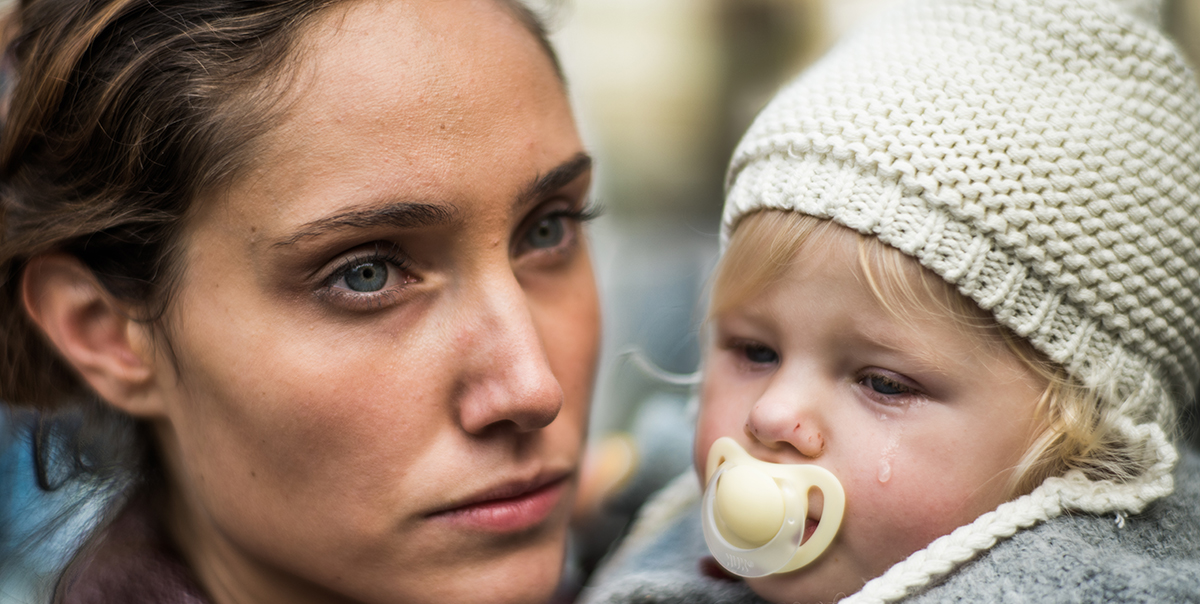 Two women — one struggling with the stress of new motherhood, the other reeling from the discovery that she's to become a mother herself — are at the centre of this stunning film from Germany's Christian Zübert.

Fed up with her country's economic strife and lack of opportunities, Elena (Chara Mata Giannatou) decides to leave Athens for Frankfurt, where a friend has promised to help her find a job at a busy nightclub. It's only upon arriving in Germany that Elena learns she's pregnant, and slinging drinks is suddenly out of the question. She takes a job as a nanny for Tessa (Jördis Triebel) and Jan (Benjamin Sadler), a couple attempting to resume their professional lives after having their first child. Tessa is a stern employer and childcare proves tougher than Elena expected, but she sticks it out — until something awful happens under her watch.

At this point, One Breath shifts swiftly to Tessa's perspective as she frantically tries to resolve the nightmarish crisis she holds Elena responsible for, and this character we originally felt put off by becomes immensely sympathetic.

A dynamic, briskly paced story of desperate women and ineffectual men, One Breath is delivered in a clean, crisp style, yet it exudes compassion for everyone involved. Zübert is unwilling to settle for easy judgments, even as his characters skirt their responsibilities in moments of terror, or lose themselves to rage and frustration.

CONTEMPORARY WORLD SPEAKERSRobert Austin, Associate Professor at the Munk School’s Centre for European, Russian, and Eurasian Studies, is an expert on East Central and Southeastern Europe and coordinates the Hellenic Studies Program. He will speak about One Breath in a Q&A session following the second screening of the film. Special thanks to the University of Toronto’s Munk School of Global Affairs.