Academy Award winner Helen Mirren stars alongside Aaron Paul, Alan Rickman and Iain Glen in this timely thriller about a terrorist-targeting drone mission that becomes a flashpoint when a civilian girl enters the kill zone. 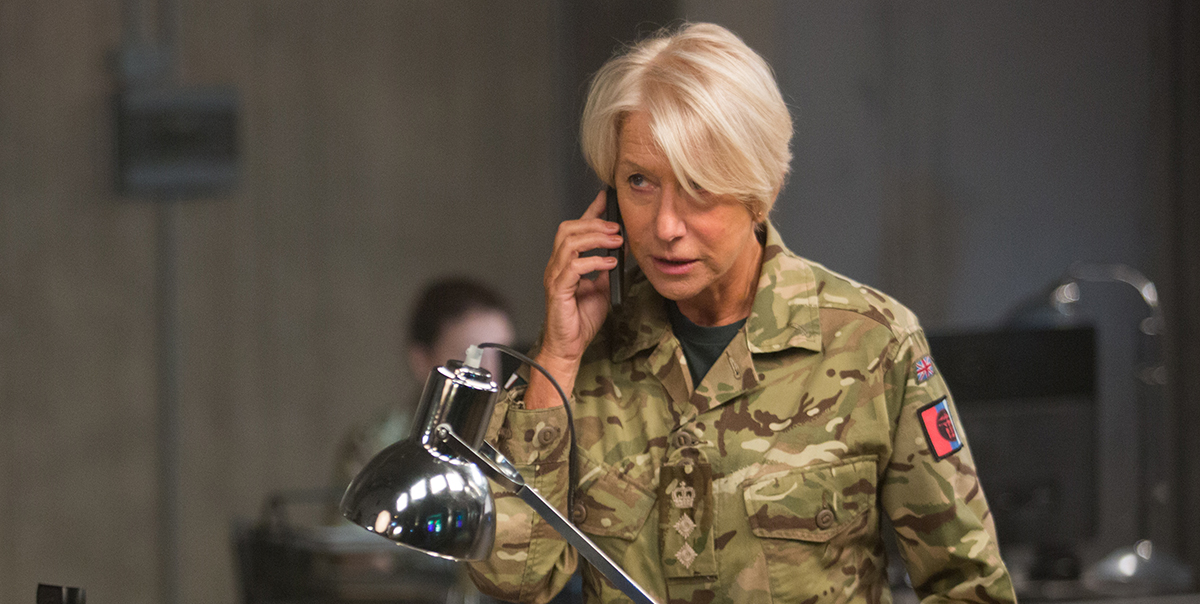 Eye in the Sky

A fascinating look at how our leaders wage war now, Eye in the Sky takes us into the control rooms and shipping containers where military personnel make decisions that could result in the deaths of people thousands of miles away. Featuring Helen Mirren, Aaron Paul, and Alan Rickman, the latest from Tsotsi director Gavin Hood is enormously pertinent and eerily entertaining.

The goal of British-led Operation Cobra is the capture of Aisha Al Hady (Lex King), a radicalized British citizen who has joined the Somali terrorist group Al Shabab. But their "capture" objective is changed to "kill" when the indomitable Colonel Katherine Powell (Mirren), who has been tracking Al Hady for years, learns that Al Shabab is planning suicide attacks. Nevada-based drone operator Steve Watts (Paul) targets Al Shabab's Nairobi safehouse but reports back to London that a nine-year-old girl has entered the kill zone. Given the value of the target, could a civilian child be chalked up to collateral damage? Is the potential political fallout worth the risk?

Written by Guy Hibbert with an unerring ear for military doublespeak, Eye in the Sky becomes blackly comic as the officers' concern with optics sparks a protracted game of bureaucratic pass-the-buck, with everyone "referring up" the chain of command, through the UK Foreign Secretary (who has food poisoning) and the US Foreign Secretary (busy attending a ping pong tournament in China) all the way up to the Prime Minister. Shades of Dr. Strangelove abound — though, as with the Kubrick classic, Eye in the Sky is only as funny as it is because the truths it arrives at are so very grave and resonant.