The bold feature debut by French filmmaker Eva Husson explores the sexual exploits and awakenings of a group of teenagers on the beaches (and in the beds) of Biarritz. 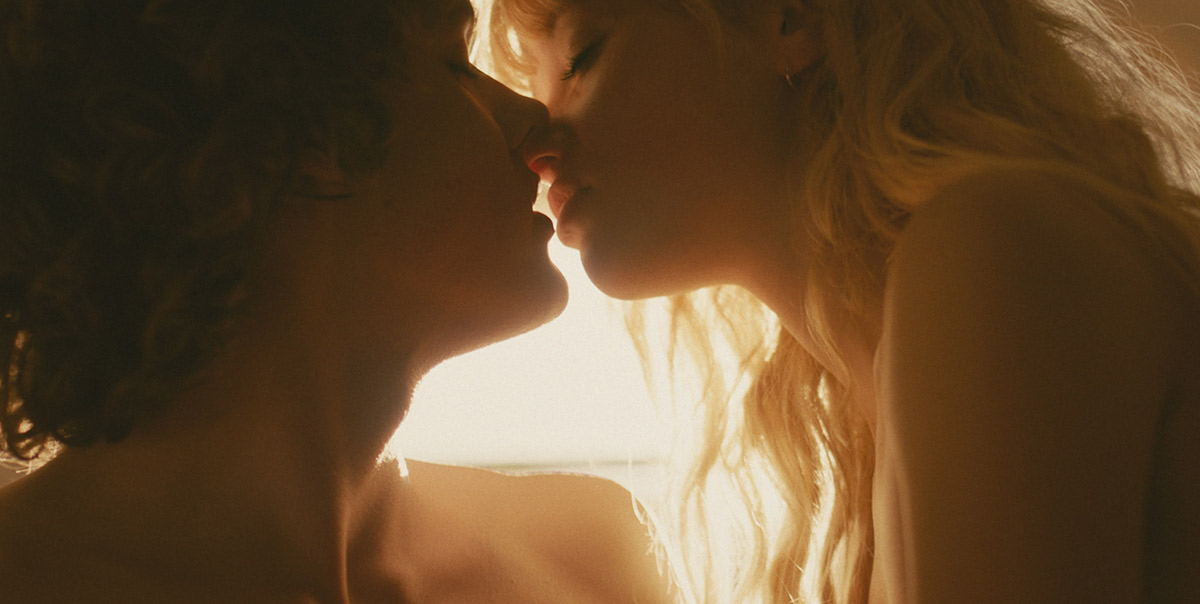 This bold directorial debut by Eva Husson follows in a long tradition of coming-of-age films — except here, sentimentality is replaced with sex games. Set on the beaches (and in the beds) of Biarritz, France, Bang Gang (A Modern Love Story) explores the sexual awakenings and exploits of a group of teens, chronicling in stark realism the joys and consequences of youth's exuberance.

At first glance, Bang Gang is a simple story: girl meets boy, girl longs for boy's attention. The twist is that this girl, the blond, beautiful and brash George (Marilyn Lima), will stop at nothing to keep the boy's eyes and hands on her. As her boy, Alex (Finnegan Oldfield), has a sense of intimacy that runs only skin-deep, George must keep one-upping her sexual acts, eventually bringing her friends Laetitia (Daisy Broom), Nikita (Fred Hotier), and Gabriel (Lorenzo Lefebvre), into the bedroom with them.

Husson's film recalls the work of Gia and Sofia Coppola, Larry Clark, and Xavier Dolan with its unflinching look at teenage sexuality, but the director brings her own unique cinematic eye to this tale of experimentation. Lush and sensual, Bang Gang captures the minutiae of the teens' lives and infuses it with a pulsing score.

Grounding the drama in the naturalistic performances of her young stars, Husson evokes a distinct sensuality that's at once compelling and uncomfortable. For while Husson is never judgemental of her characters, Bang Gang doesn't shy away from the realities of adolescents' random cruelties and the destructive insecurities that can motivate teens to go beyond limits they have yet to set for themselves.