Filmed over the course of thirty days at the State Prison for the Criminally Insane at Bridgewater, Massachusetts, Frederick Wiseman’s searing documentary is one of the greatest directorial debuts in the history of cinema, and also one of the most controversial. 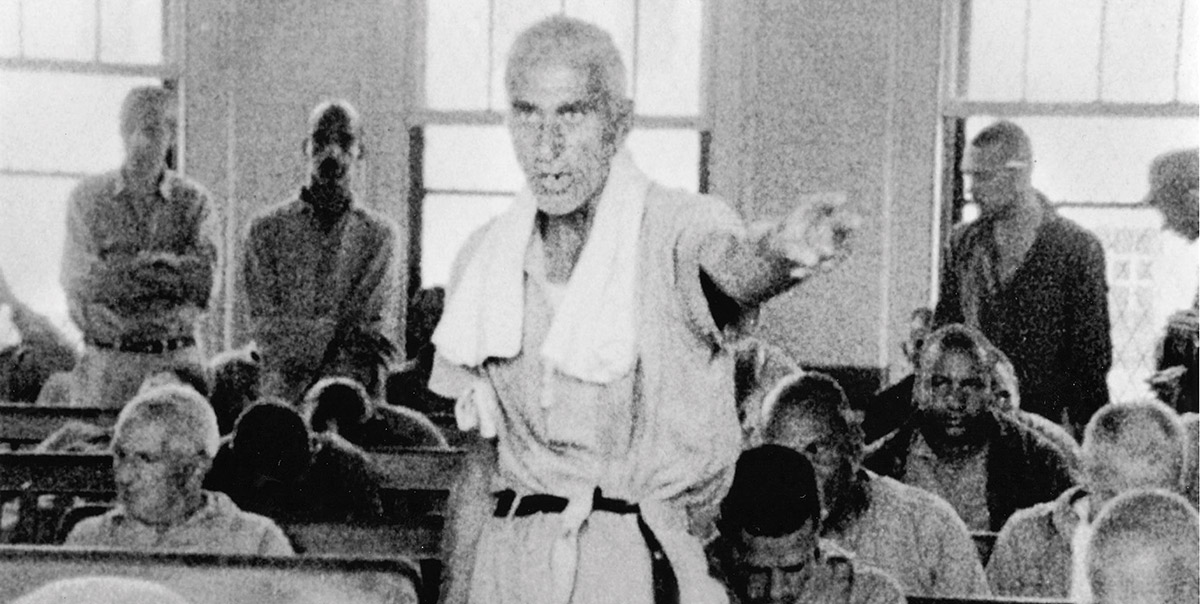 Filmed over the course of thirty days at the State Prison for the Criminally Insane at Bridgewater, Massachusetts, Frederick Wiseman's searing documentary Titicut Follies is one of the greatest directorial debuts in the history of cinema, and also one of the most controversial. Banned by the state of Massachusetts before its initial release (the authorities claimed it violated the privacy and rights of the inmates depicted), the film was cleared for exhibition by a Superior Court decision in 1969, but only to audiences working in relevant fields such as law, medicine, and social work. Finally, in 1991 the Supreme Court ruled that the film could be shown to general audiences — but even then, it was stipulated that it must carry a disclaimer. Now this landmark film returns to the screen in a newly restored 35mm print from the Library of Congress.

Named after the institution's musical talent show, Titicut Follies depicts the daily lives of the inmates/patients as they are ignored, taunted, mocked, force-fed, and stripped bare (literally and figuratively) by the guards, doctors, and social workers who are supposed to provide for their care, and who seem equally in need of treatment as those in their charge. Often misidentified as cinema verité or direct cinema due to Wiseman's ostensible refusal to comment on the images he presents, Titicut Follies is, rather, a filmed reality orchestrated with clinical precision — a reality that bears witness to some of the most frightful extremes of the human condition and captures the utter failure of the institutions charged with mitigating those extremes. Few works of art are more painful to experience than this film, and fewer still are as essential.

The Festival is also proud to be presenting two related works: the world premiere of Titicut Follies - The Ballet, choreographed by James Sewell of Sewell Ballet, as part of our Festival Street programming, in addition to Wiseman's newest film, In Jackson Heights.