Part Two of Portuguese auteur Miguel Gomes' majestic, mutating modern-day folk tale relates how desolation has invaded humanity through stories involving a distressed judge on a night of three moons, a runaway, a teleporting murderer, a wounded cow, a sad, chain-smoking couple in a concrete apartment bloc, and a ghost dog named Dixie. 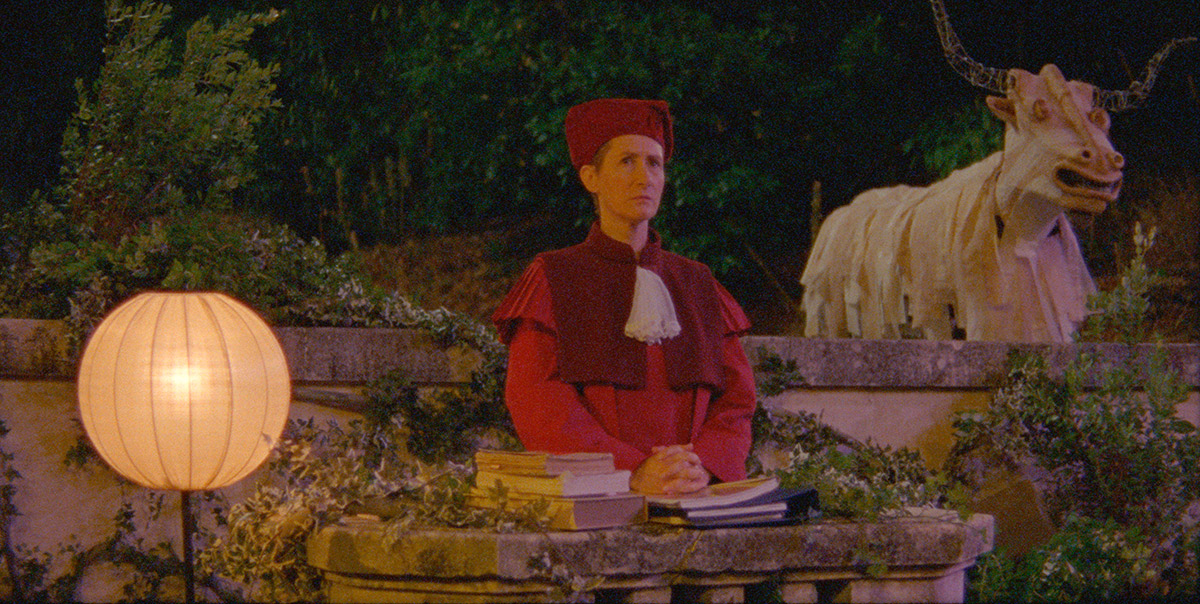 Arabian Nights: Volume 2, The Desolate One

Gomes' majestic, mutating modern-day folk tale continues in this second volume, which recounts how desolation has beset humanity through a trio of tales whose sheer storytelling ebullience stands in marked contrast to their dark subjects. "Chronicle of the Escape of Simão 'Without Bowels'" recounts the story of an unlikely hero: a fugitive mass murderer whose powers of evasion made him a local legend. Destiny and divinity are conjured by the light of three moons over an alfresco amphitheatre wherein a distressed magistrate presides over a succession of absurdist court cases (involving stolen cows and Chinese mail-order brides, among others) in "The Tears of the Judge." The film's second half is itself bifurcated and nested, as it follows a Maltese poodle named Dixie as she is shuttled between sorrowful owners living in a brutalist concrete apartment block teeming with lethargy, eviction notices, and copious cigarette smoke. Undoubtedly the runaway star of Arabian Nights, Dixie goes from "love machine" to ghost dog over the course of her adventures, forever luckless yet indiscriminately loyal.

Speaking grim truths about economic paranoia and societal morass, The Desolate One is the most wistful and heart-rending of the trilogy, but it balances its eccentric dolefulness with impressive intellectual gamesmanship, sensual delights aplenty, and one helluva soundtrack.