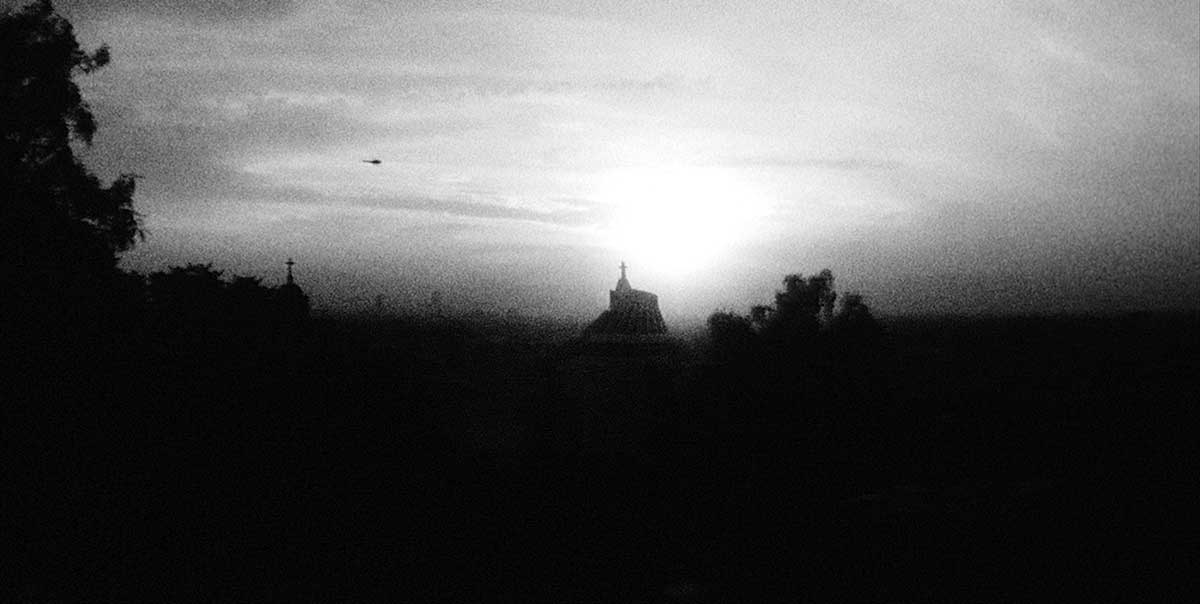 Santa Teresa and Other Stories

As stories of violence in Mexican border towns continue to make international headlines, alternative ways of making sense of this brutal reality are ever more vital. In Santa Teresa and Other Stories, Dominican filmmaker Nelson Carlo de los Santos Arias cleverly extrapolates from Chilean author Roberto Bolaño's unfinished, posthumously published novel 2666 in order to explore a multiplicity of perspectives and voices in a town riven by bloodshed.

In the northern Mexican city of Santa Teresa — 2666's fictionalized version of Ciudad Juárez, the provincial capital infamous for its series of gruesome femicides — Juan de Dios Martínez, a young photographer who works for a small crime magazine, is sent to investigate the desecration of local churches and, eventually, the murders of women working in a factory on the border. This noir-tinged tale soon begins to dovetail and intersect with a host of other stories recounted by a chorus of disembodied voices — some reciting literary passages, some giving testimony about real-life violence — creating a narrative palimpsest that blurs the line between factual documentation, lyrical observation, and fictional imagination. Adopting a baroque, heterogeneous visual language to create surprising spaces for reflection, Santa Teresa and Other Stories resists categorization as much as does its literary model, devising radical aesthetic strategies to search for truth and understanding in a climate haunted by paradox, indeterminacy, and doom.

Santa Teresa and Other Stories is preceded by a haunting new video by Belgian-born, Mexico City-based contemporary artist Francis Alÿs. One of Alÿs' series of performative videos that politicize absurd or seemingly futile gestures, Paradox of Praxis 5 documents the artist's nocturnal perambulations through Juárez as he kicks a ball of fire along the city's desolate streets. Transcending metaphor, the eerie mobile conflagration traces out an imaginary map of a devastated city.